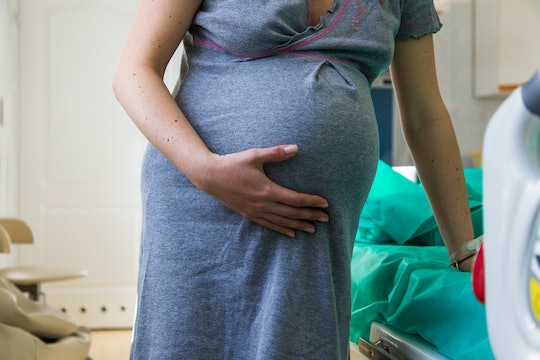 After my first child was delivered via c-section, the idea of not attempting a vaginal birth for my next child never even crossed my mind. Vaginal birth after cesarean (VBAC) is not the norm in the United States, but I had the benefit of having a mom who'd had a VBAC and was able to share her experience and advice. In talking we found the in the 24 years between our VBAC goals, some things never change, including the things VBAC moms are tired of hearing. Because around 90 percent of women who have a c-section will do the same for subsequent pregnancies, I knew I would be setting myself up to hear those things. However, I was more than willing to put myself through potential judgment, if it meant I would be able to experience a vaginal birth.

I'll go ahead and acknowledge that, in many cases, when it comes to hearing misinformation: I get it. Most people don't know the first thing about VBACs and it leads to a lot of questions, confusion, and unnecessary concern. Yet constantly hearing the same worried questions and comments over and over again gets old, and pretty quickly. This is especially true once you've already attempted to dispel myths or assert your confidence in your decision to a particular person, but they're too mired in their own preconceived notions to bother listening.

Arguments against VBACs largely come down to concerns for the safety of the mother and child. Concerns that, while not baseless, are frequently overstated. All birth carries a degree of risk, so a VBAC is no exception and the risks involved are more or less particular to a trial of labor after a cesarean (or TOLAC and yes, know, so many acronyms but you get used to it). Medical recommendations, however, have finally begun to catch up with the fact that a vaginal birth after a c-section is not only safe but often beneficial to everyone involved. In light of these undeniable facts, here are some things a mom attempting VBAC would love to never hear again: