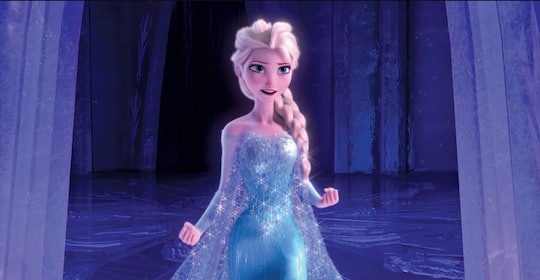 You don't have to be a film buff to enjoy the Oscars. Sure, it would definitely help if you knew a little bit about the movies and actors being nominated, but honestly if you only tuned in to hear 10 voices of Elsa from Frozen 2 singing "Into the Unknown" at the Oscars this year, it would be worth it. I have a feeling this is going to be one for the history books.

The 92nd Academy Awards, which air this Sunday, are always a dramatic and glitzy affair for actors and filmmakers. It's a night where everyone puts on their best face and best outfit to celebrate their industry. And this year, it looks like there's going to be a whole lot on offer for music fans as well with performances from people like Elton John and Cynthia Erivo, both of whom were nominated for Best Original Song ("I'm Gonna Love Me Again" and "Stand Up," respectively). Also nominated for Best Original Song is the husband and wife songwriting team of Kristen Anderson-Lopez and Robert Lopez for the song "Into The Unknown" from Frozen 2.

The couple already won for their song "Let It Go" from Frozen, which you have definitely heard at least 10 small children sing at some point or another. Well, here's your chance to hear 10 talented Elsas sing "Into The Unknown" from Frozen 2 at the 2020 Oscars. Actual adult, professional Elsas, which means it's going to be incredibly good.

The Academy announced on Friday that it has invited several women who have voiced Elsa from around the world to unite at the Oscars and sing the song together. The singers hail from Denmark, Germany, Japan, Latin America, Norway, Poland, Russia, Spain, and Thailand, and of course America's own Elsa Idina Menzel will be there. Or as John Travolta called her in a viral moment from the 2014 Oscars when she performed "Let It Go," "Adela Dazeem." I can't imagine anyone would get Menzel's name wrong or indeed, any of the other nine Elsas who are set to perform on Sunday night.

The Frozen franchise has become a juggernaut for Disney, beloved by children and their parents. And whether "Into The Unknown" wins on Sunday, it's bound to be a memorable moment seeing a stage full of Elsas singing together.

The 92nd Academy Awards air live starting at 8 p.m. EST on ABC, so for parents who think their kids might want to watch, it could be a late night. Especially since it might not happen until later in the evening. But the good news is... maybe you can go "Into The Unknown" and watch it all on your own. You're allowed.