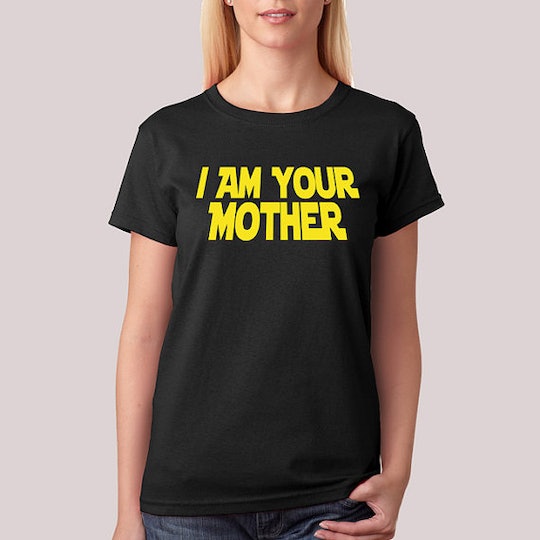 As lifelong Star Wars fans, my husband and I seriously considered pulling our kids out of school on December 18 to see The Force Awakens on opening day. (We’ve decided to just wait until the next morning because my third grader will freak out if she misses her weekly spelling test.) The original Star Wars was huge for us as kids, kickstarting — as it did for so many people — our love of film in general. Since our kids were were born, we’ve been instilling in them the significance of the films. When I called one of my BFFs after my first child was born (and we hadn’t found out the sex prior to delivery), she asked: “So is it a Luke or a Leia?” (But there is a difference between “fan” and “fanatic” so we didn’t actually name our kid after a character but, like, it wasn't the furthest thing from possible, and if we had pets, they would totally be named after the droids.)

Having us as parents, our kids don’t have a choice about Star Wars. They must. love. it. And they do! Showing them the original films for the first time made for seminal parenting moments, and being able to take our kids — the next generation of Jedi fans — to the next generation of films in the Star Wars canon, kind of blows my mind. As excited as I am for this new installment, I am even more jazzed that I get to share the experience with my equally stoked kids.

I don’t understand the appeal of Minecraft, but my kids’ passion for Star Wars is something I get. I was them, at their age, and can recall so vividly the feelings of hope, empowerment, and courage the Star Wars films incite. I never forgot what it was to be a 6-year-old Princess Leia wannabe. Just because I’m someone’s mother doesn’t make the fantasy less enticing.

As we ramp up for Episode VII, here are a few ways Star Wars fans make the best moms: