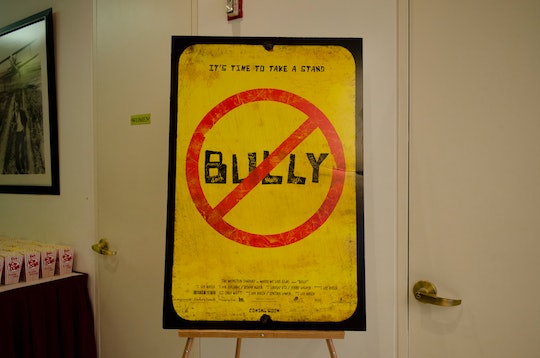 When Kheris Rogers was just starting out in elementary school, the 10-year-old was picked on because of her dark skin. And not just by the students either; Kheris said she was once coloring a picture of herself when a teacher handed her a black crayon. Instead of letting the bullies, grown and young, defeat her, Kheris did something amazing. Kheris, who is 10 years old, created her own clothing line to combat the bullying and became a pint-sized symbol for empowerment in the process.

The problems started for Kheris at the first elementary school she attended in Los Angeles; Kheris' older sister, 22-year-old Taylor Pollard, told BuzzFeed News that Kheris would often come home in tears as the result of comments other kids were making about her skin tone. As Taylor told the news outlet, Kheris was one of just four black girls in her class:

She started to notice she was different. She would cry a lot, and talk about how she doesn't like her skin tone.

Erika Pollard, the girls' mother, was so concerned about the bullying that she pulled Kheris out of school and moved her to a more diverse district, hoping that would help. Unfortunately, it didn't help as much as she would have liked. Kheris still came home crying, Pollard told BuzzFeed:

A couple of girls at school would tease her about being skinny and about her skin tone, but it’s weird because it came from people who are black as well.

So what's a girl to do? Well, Taylor Pollard decided to boost her sister's self-confidence with a little photo shoot.

The photo of Kheris with the caption "My sister is only 10, but already royalty #FlexinInHerComplexion" went viral, with more than 83,000 likes. But it was the positive comments that really helped transform the way Kheris saw herself. And Pollard told Mic that her little sister came to realize that she wasn't the only one suffering from being bullied:

Kheris really thought she was the only one going through this, but Kheris now realizes that this is a global issue. That's what pushed Kheris, because she thought 'If I'm feeling this way, then we want to help others who are feeling bad about themselves too.'

And so Pollard came up with the idea to create a clothing company with Kheris. The two made "Flexin' In My Complexion" t-shirts to remind themselves and others to be proud of how they looked.

And the t-shirts have caught on. In a big way. Since launching at the beginning of May, Kheris' "Flexin In My Complexion" t-shirts have gone viral, drawing support from around the country and even in the entertainment industry.

Most importantly? Kheris told Mic how this experience has changed the way she sees herself, all because of a t-shirt and a lovely big sister who believed in her.

I feel confident in it myself because, even if I still get picked on because I'm darker, when I put on the T-shirt, it makes me feel bold.

To order one of Kheris' iconic t-shirts, visit her website and keep an eye open for new cropped styles for summer.