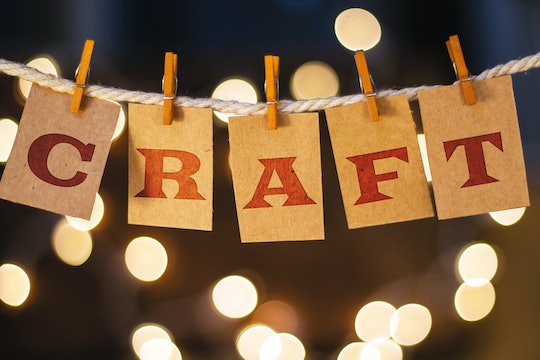 Welcome to the summer's version of Black Friday. Starting July 16 and running through today (July 17), it's Amazon Prime Day. Members of the subscription service Amazon Prime are huddled over their PCs, phones, and tablets in search of the online bargains that rival any brick-and-mortar store's post-Thanksgiving discounts. Everyone's looking for that once-in-a-blue-moon deal on everything from electronics to clothes to baby gear. And if you're the DIY type, you'll want to take advantage of the best craft Amazon Prime Day Deals that are sure to help you create something fabulous.

Make no mistake, crafting is far more than your kindergartner gluing raw pasta together, or your Great Aunt Vicki selling her crocheted toilet-paper-roll covers at the church flea market. The Craft Industry Alliance reports that the crafting business (or "creative industry") took in some $44 billion in 2016. That same report noted that a full 64 percent of U.S. individuals polled had done something creative in the past year, be it candy-making, knitting, woodworking, or visual arts. These items aren't just collecting dust on family-room shelves, either. According to Etsy, some 50 million hand-crafted items have been sold on their site since its founding in 2005.

Whether you're creating scrapbooks for your own family's enjoyment, or selling your crafts to bring in some extra income, you're sure to find bargains on your crafting needs on Amazon Prime today. Take a look at just a few of the DIY helps we found: