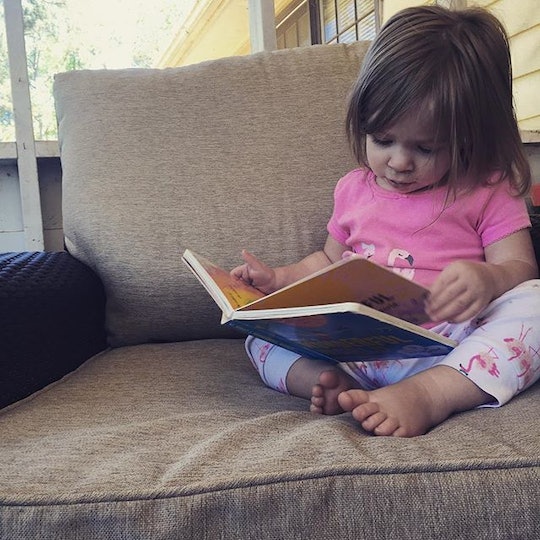 Finding the perfect book for your little one's collection? Pretty easy. Finding one that fits a very specific guideline? Not always so easy. Children's books come in all forms and while there are plenty out there that promote diversity, feminism, and friendship, there are plenty that don't. But when you get really specific about your feminist books, including finding children's books that pass the Bechdel test, you're even more aware of how few there are.

If you've never heard of the Bechdel test, it's a pretty simple formula used for movies. Coined by comic Alison Bechdel, the test requires that two named women have to have a conversation about something other than a man. That's it. It doesn't mean the entire movie (or book in this case) has to be a conversation about things other than men. It just means that somewhere in that particular work of fiction, there has to be two named female characters who have a discussion and a man is never mentioned.

Trust me — it's not easy to find movies or works of fiction that fit the bill. In fact, even in pieces that have strong female characters, it can be hard to find. And in children's books? Even harder. In general, most children's books don't have a lot of dialogue between two named women, so you'll have to dive into the world of chapter books to find these 11 children's books that pass the Bechdel test. It doesn't necessarily mean that books that don't pass the test should be banned from your child's library, but if you want a book that reminds them that girls have more to talk about than boys, here are 11 to choose from.

More Like This
35 Children’s Books Starring Black Characters
A Parent’s Guide To Stomach Pain In Kids
40 Valentine's Day Outfits Your Girls Will Adore Showing Off This Season
Viral Hives In Children: What Doctors Want You To Know
What Parents Are Talking About — Delivered Straight To Your Inbox