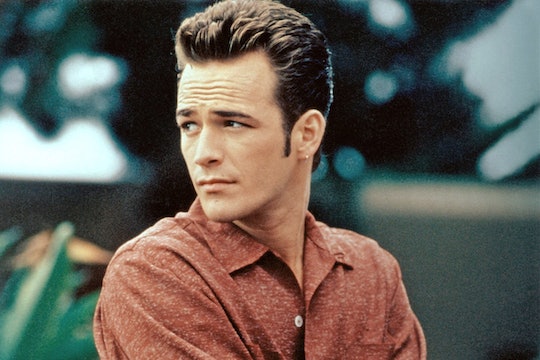 I think we can all agree that the '90s were a far more epic decade than the '00s. OK, maybe you don't agree, but it's definitely how I feel. Between the quotable TV shows and movies, the fashion, and iconic celebrities, everything was just better. And so, what better way to pay tribute to that decade, now that you're older, than by naming your kids gender-neutral baby names inspired by the '90s? Because as far as I'm concerned, I would rather have a baby named Devon than a baby named Brookyn. Sorry, not sorry.

Names from the '90s were a little simpler; a little more straightforward. Zack Morris never would never have insisted he be referred to as Zachariah, am I right? A return to the days of the two-syllable name is in everyone's best interest, so that we can start including kids' names in nursery songs again, without completely messing up the beat. Not to mention, there's really only one way to spell Drew, the last time I checked, whereas Zachariah could also be spelled Zechariah, and how the heck do you shorten that name, anyway? Do you call that kid Zeck? I'm okay with that, I just need to know.

Here are 11 gender-neutral baby names that are inspired by the '90s.