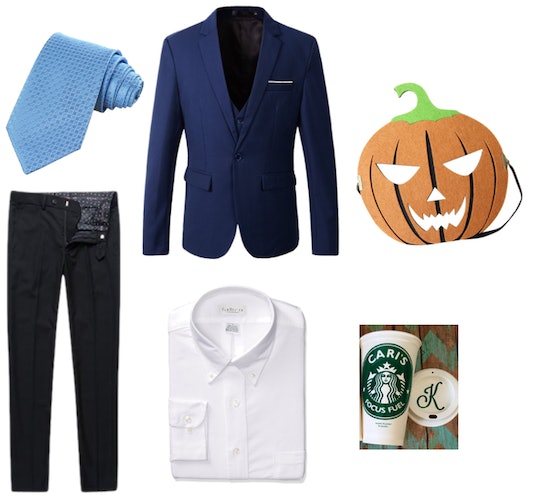 11 Hilarious Political Costumes For 2017, Because You Might As Well Laugh

If you enjoy political Halloween costumes, then this may be the best year of your life. Even if you aren't super into politics, choosing a hilarious political costume for 2017 is a great idea because there are so many options. Seriously: you can't make up stories like the ones in the news now.

From curious presidential misspellings on Twitter to a giant inflatable chicken near the White House, this year has been downright surreal on the political front. It's ridiculous: the defensive tweets, the revolving cabinet door, and the overwhelming ego of the political players. I mean, who could have predicted the rise of Spicey or The Mooch? Even the best comedy writers out there couldn't dream up material like this.

That said, coming up with an original political costume can be difficult. So much ground has already been covered by creative costumers and companies alike. I mean, a sexy Donald Trump costume even exists. Seriously: it's called the Donna T. Rumpshaker costume ($70, Yandy) and it's terrifying. To get political with your costume in a funny, less disturbing way, check out these clever spoofs on current events. Although if the previous costume strikes your fancy, go ahead and make Halloween scary again.