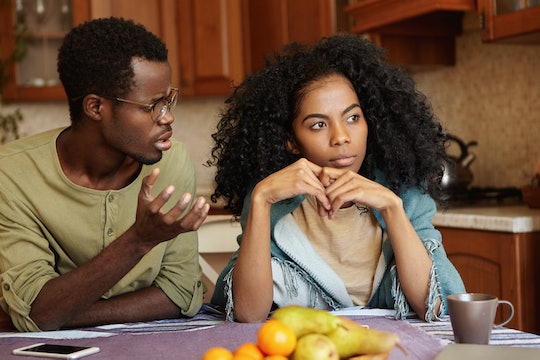 Do you ever wish you could crawl inside a guy's head to figure out what goes on in there? Unless a Being John Malkovich type scenario happens, most women are left to just squint and wonder why certain milestones in life seem to scare off men. Wouldn't it be great to know why some guys are inexplicably (or so it seems) hesitant to become fathers? You might be interested to learn about the surprising personality traits in women that make men scared to have kids with them. This isn't to say that these guys speak for their entire gender, but, at the very least, it's interesting to see what kinds of reasons they've given.

Though I'm not a fan of stereotyping people, I can't help but notice that I know more men than women who are freaked out by the idea of parenthood. If anything, I think it should be the other way around since females are the ones who have to carry and deliver the child. Maybe science will level the ultimate playing field of procreation one day, but until that time, men and women have been dealt some very distinct biological cards. So what do men find to be a deal breaker when it comes to starting a family? Check out the personality traits in partners these men said would make them scared to have kids.