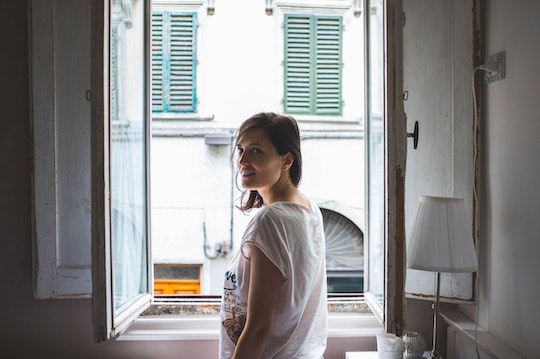 At some point, everyone comes to that place in their lives where they realize they're not living up to their fullest adult potential. (Though, in their defense, adulting is hard.) Still, it is inevitable — and with 2017 just around the corner, maybe it's time to consider New Year's resolutions to make you a better adult. As crazy as it sounds, committing to be a better adult can kind of take the edge off of being a grown-up. When you have to go about your daily agenda of adult things but you aren't that great at being one yet, you're basically a salmon swimming upstream. You can save yourself some serious hassle by simply learning to swim downstream, and that happens when you embrace being an adult.

Before getting into the specifics, though, let's just get this out of the way: there is no finite definition of adulthood. Sure, there is a textbook definition of adulthood ("the state or condition of being fully grown or mature"), and psychologists generally agree that young adulthood extends from 19 to 45 years old. But being an adult looks different for different people. That's totally cool — no one is asking you to give up all the childlike wonder of the world or stop being you.

Making resolutions to be a better adult is basically just saying that, going into 2017, you'll resolve to be the best version of you as an adult. It's a sliding scale, but here are a few resolutions to get you on the spectrum somewhere.