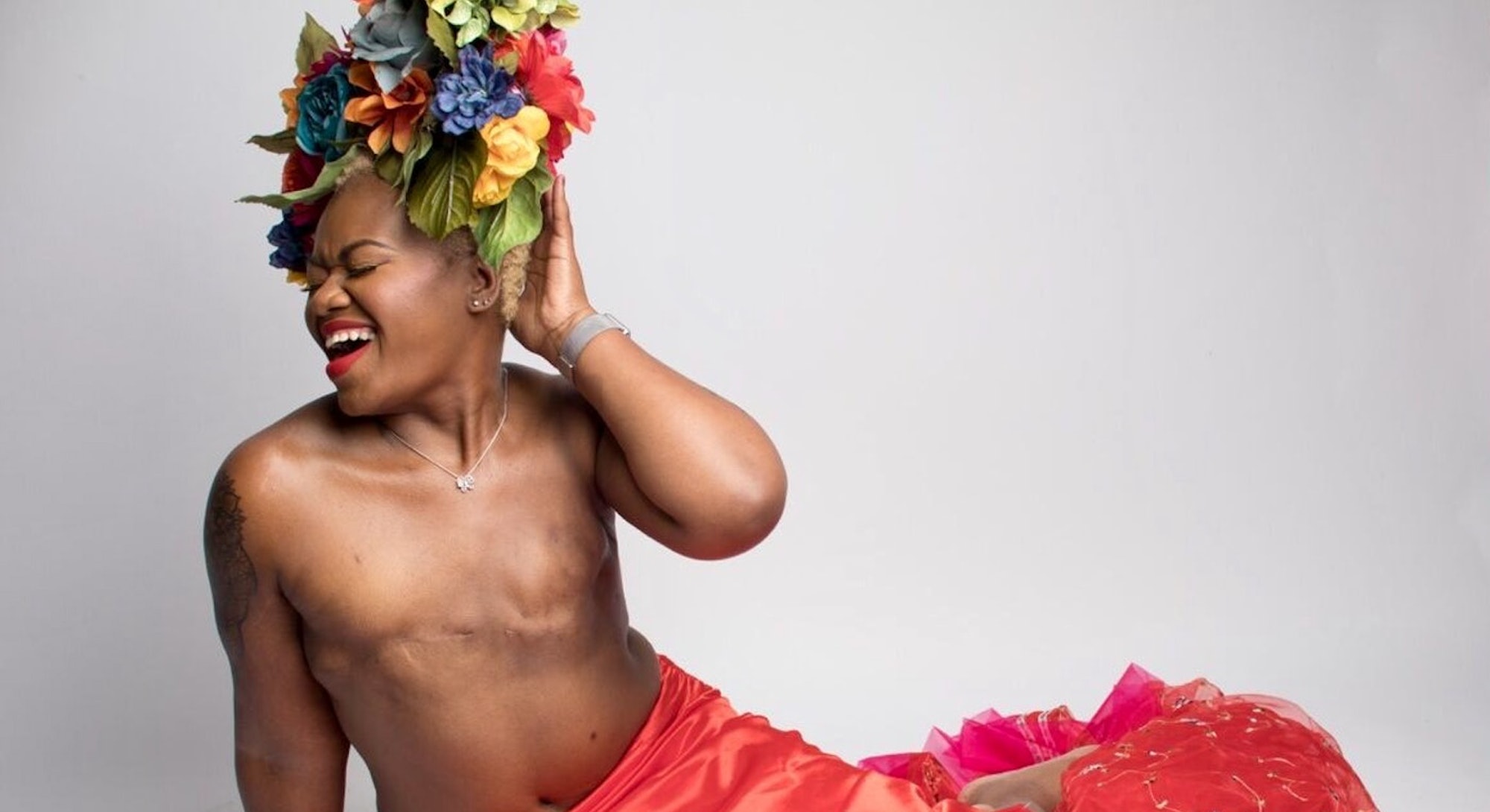 October is Breast Cancer Awareness Month, so it's likely you've already seen an abundance of pink ribbons and commercials for research walks. The reality of the disease can get lost in these campaigns at times, with a cognitive dissonance separating people from what cancer is actually like. But these photos of women who have had double mastectomies highlight just how intensely breast cancer can change a woman's body.

Not every woman who contracts breast cancer will get a mastectomy (the surgery that removes a breast), but it is a common treatment and preventative step for those diagnosed with breast cancer or those at high risk of developing it. One in six women diagnosed with early stage breast cancer has a double mastectomy, according to Breastcancer.org. It's gained popularity as a treatment in recent years, with more women than ever voluntarily undergoing mastectomies.

Many women choose to have reconstruction surgery after a mastectomy, but others opt out, preferring to embrace their new chests. Some even get tattoos on their chests, making art out of the scars. No matter what path survivors choose, the scars are visible, serving as a daily reminder of the disease that threatened them. The beauty in their bodies and their bravery is abundant. It's empowering to watch them shine.

Shay Sharpe shows off her chest in this shot by Kyle Pompey. She sits in a studio topless, wearing a flowery headdress and red skirt. Shay has her head turned away from the camera and her hand raised to her head, and she smiles with an open mouth. You can see scars on her chest from where her breast tissue was removed. Her effervescence is multiplied by the scars.

Ivica Just snapped this photo of herself, in which she sports protective gauze over her mastectomy scars. She sits on the floor in athletic shorts, leaning an arm on her knee. Her chest is bare except for the gauze, and she softly smiles at the camera, almost as if she is daring the viewer to look at her skin.

Nikki Leigh McKean is nude minus her underwear in this photo, taken by Carlyle Routh. She stands in front of a gray backdrop, and her hands are raised behind her head to call attention to her scarred chest. She stares at the camera fiercely.

Erin Fish took a boudoir style photograph of a woman after her double mastectomy, helping her feel sexy in her skin. The woman wears spandex shorts and a button up blouse, which she has pulled open to highlight her scarred chest. She still has stitches in. A bandage on her side and bald head only increase her beauty.

Scars become body art in this photo by Yvette Michelle. This survivor chose to compliment her mastectomy incisions with intricate flower tattoos, which bloom from the scars themselves. Fabric covers the lower half of her body, allowing the viewer to focus on the ink.

Samantha Vale wears nothing but a pair of jeans in this picture by Amy Cassidy. The black and white photo draws equal attention to Vale's chest scars and her steady gaze. She seems at ease despite the vulnerability, with her hands resting in her pockets

Danille Morgan exudes confidence as she leans on a couch topless. Her jeans, earrings, and face of makeup juxtapose with her bare chest, creating a stunning visual for the complexities of womanhood. You can see the pucker of Morgan's chest scars, and her gaze pierces the camera.

Sophie Kietzmann captured this dramatic shot of Chiara, who is represented by We Speak. The model sits against a cloth backdrop in her underwear. One hand is propped on the ground, while the other rests on her collarbone. She is raw for the camera, showing her scars and her hairless head.

Christi Lee took a moment to document her post-cancer body in this selfie. She sits on the floor, close to the camera, with her body angled to the side. She wears only underwear, allowing the viewer a full view of her chest. Her scars are thinly visible as she stares at the camera.

Joey Rosado snapped this mesmerizing shot of Ericka Hart. She stands nude with a flower headdress in front of a pink backdrop, and golden stripes chase the curves of her body. The scars on her reconstructed breasts blend in with the golden curves, and her survival is what makes her so beautiful. Creative direction by Moshoodat.

Survivor Juliet FitzPatrick exudes joy in this shot, grinning eagerly for the camera as she bares her scars. She sits topless, and her arms lean forward, drawing attention to her chest. Battle scars take on a whole new meaning, and you can't feel anything but awe as you look at her. Photo by Sophie Mayanne.

Edit note: This post has been updated from its original version.