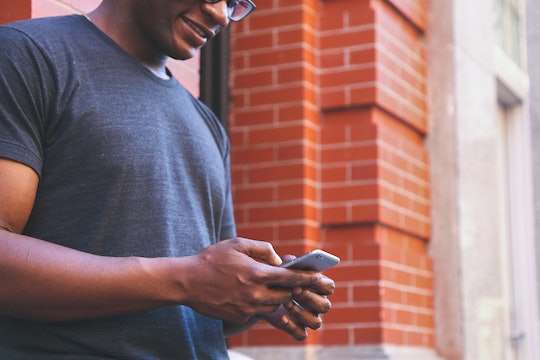 11 Reasons Why A Guy Will Breadcrumb You, According To Those Very Same Guys

In this day and age, dating can be difficult. The days of meeting someone at a bar, book store, or coffee shop sometimes feel like those of a bygone era. Nowadays, apps and websites seem to rule the dating world. With the rise in digital dating, however, comes the seemingly ever-increasing frequency of cutesy terms invented to describe what are, let's be honest, exceptionally poor dating behaviors. Ghosting, haunting, and benching are all words that you probably wouldn't have heard years ago, though the practices themselves aren't new. If it's happened to you, you probably want to know the reasons why a guy will breadcrumb you, according to men.

"Breadcrumbing," in case you're lucky enough to be unfamiliar with the term, according to Urban Dictionary, is the " act of sending out flirtatious, but non-committal text messages (i.e. "breadcrumbs") to members of the opposite sex in order to lure a sexual partner without expending much effort." Now, as with other "modern" dating malpractices, the general tenets of this aren't new. Being flirtatious, yet non-committal or setting very general plans, but never following through are old news in the dating world. If you've ever wondered what would compel someone to do something like that, well, it's probably not as dastardly as you'd expect. Ultimately, while it's certainly not the brave, mature thing to do — and can have real effects on the person experiencing it — sometimes breadcrumbing isn't meant to hurt you.