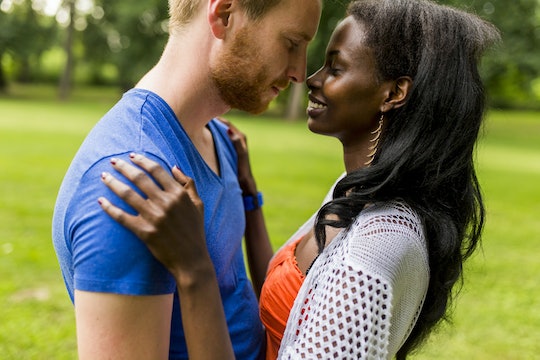 As this point in life, between your own dating experiences and those of fictitious characters, you’ve probably learned that there are guys who just shouldn't be in relationships. You know them — the ones don’t care enough to clean the leftover pizza off the floor when you come over. But then there are those who are actually worthy of your time, affection, and — potentially — your love. These are the grown-ass man that every straight woman strives to find. But, what are the signs you're dating a grown-ass man and not just another boy?

Luckily, the answers aren't as illusive as the men they describe. There are a few must-have qualities that every grown-ass man posses, and it’s worth keeping an eye out for them early on in a relationship. As opposed to dating a man-child, dating a grown-ass man makes you feel valued, important, and pretty damn special.

Unfortunately, many women settle for less because they don't think that grown-ass men exist, and though they may be few and far between sometimes, they're certainly out there. Take it from someone who has been happily married to my own grown-ass man for over two years now. Real men definitely exist. And they would be lucky to date someone like you. If you’re trying to figure out whether that applies to the guy you’re with, here are some surefire signs that you’re dating a grown-ass man.