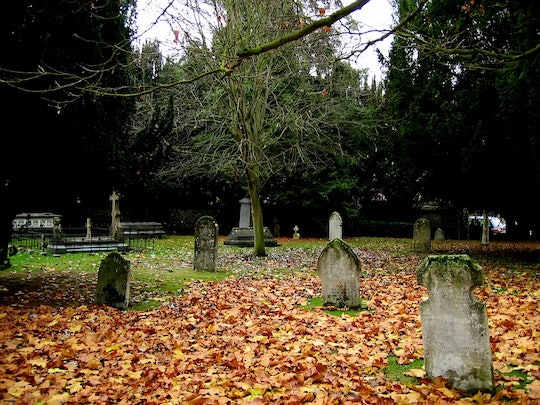 Every day, as I drive around running errands, I listen to my local NPR station. Not infrequently, the news will discuss and detail suicide bombings, murders, and horrible accidents. The phrase, "leaving [X] dead and [X] injured" is heard almost daily. My children are blissfully well-behaved in the car and so, honestly, I didn't think too much about what they're hearing on our drives until the other day, when my 4-year-old responded "They died? Like, actually died?" It was in that moment that I was forced to think, "Oh crap, how do I explain death to my child?"

Sadly, my son has had experience with death in the past. My brother died last summer, and while my kid understood that death means we don't get to see our loved one again, at three years old, he only grasped enough of the concept to gain a familiarity with the term. So now, every time we hear about someone dying or being killed, we use that first experience as a jumping off point to build upon knowledge of what death actually means. It is not at all easy. First off, it's painful to remember all of the past death's you've experienced when helping your children gain new understanding each and every subsequent time. Secondly, it's hard not to have all the answers. Thirdly, and perhaps most importantly: death is a bummer. A creepy, unsettling bummer. It's mentally and emotionally draining to have to explain to your kid that the world is full of death and it's unavoidable. Like, I would much rather talk about what's going on in the latest episode of Sesame Street.

Explaining death to my child (and, woo hoo, I have a two year old that I'll get to do this with again just around the time my oldest will realize that death is universal. Score!) has been a bit of a learning experience. It's also an obligation I take very seriously, and one I want to spearhead, instead of leaving the "lesson of death" for someone else to teach. I also realize that, well, my kid is going to look to other people and get in discussions with other people that I am powerless to avoid or control. As such, I have established some rules for talking to my child about death: