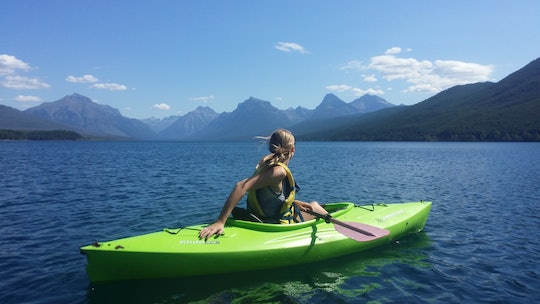 During my own pregnancy, I was blissfully unaware at how my long-term, body-sharing adventure was just beginning. I thought that once I had my son, I’d get my sense of personal autonomy back and I’d casually embark on my motherhood journey with my son in my arms, or next to me, but no longer physically attached to me. Yeah, it didn't pan out that way. I chose and was successful at breastfeeding, so my son spent plenty of time attached to me and, during that time, I spent plenty of time daydreaming about what I would do once I was done breastfeeding. Don't get me wrong, I loved breastfeeding (even when it was difficult and, yes, it was difficult) but when you aren't in complete control of your body and/or beholden to a tiny human, well, your mind wanders.

I had no idea how demanding breastfeeding is and how much it would tie me to my son in those early months. As a new mom, struggling to keep up with the requirements of the role, I couldn’t stop thinking about things I could do when breastfeeding was over, as that was the metaphorical light at the end of the tunnel when my life would be one (teeny, tiny) step closer to what I was used to and what I had previously imagined motherhood would be like.

Now that my son just turned two years of age and we don't breastfeed as often, I'm a far cry from the 6-8 feeding sessions that required me to be attached to another human being. Still, I’ve spent approximately three nights away from my son since he was born (thanks to my pump, and to living life on the edge) and those nights have given me a sweet, sweet taste of what life will look like once I’m completely through with breastfeeding. Here’s what I’m considering doing, and what I spent (arguably way too much time) thinking about: