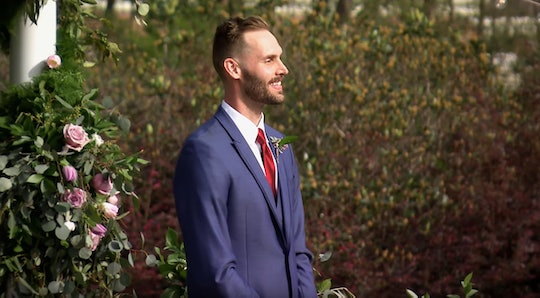 Season 9 of Married at First Sight introduced viewers to eight new singles, all taking their chance on love by marrying a complete stranger picked out for them by a computer algorithm and a panel of relationship experts. Initially, Matt and Amber seemed like one of the most promising couples on the show, but after noticing a few post-wedding relationship issues, fans shared their concern with these tweets about Matt from Married at First Sight.

At the beginning of the season, Matt revealed that he signed up for the show because his international basketball career didn’t give him the time or opportunity to find love. “I’m getting married at first sight because I like to take risks,” he told People in an interview. “No risk, no reward. I’m single. I’ve been a hopeless romantic my whole life, so why not?”

He was matched up with Amber, a middle school teacher who was just as ready to find love and start the next chapter of her life. Her cast bio describes her as a “bubbly” and “energetic” family-oriented person that loves traveling. When talking to People, she admitted how ready she was to finally get into a truly committed relationship. “I don’t want to date anymore,” she said. “I’m so ready to start my forever.”

At their wedding, the couple seemed genuinely happy with each other, and right after Amber made sure to get in as many kisses as she could. On their wedding night, the two cozied up and discovered a mutual physical attraction, but when Matt told Amber that his family doesn’t even know that he got married, it set off a few red flags for Amber and viewers.

“My parents were recently divorced, within the last two years,” Matt says in Episode 3. “You know, a lot of stuff went down, and it’s just been a really difficult situation at home.” He tells Amber that he was considering telling his mom about the wedding, but he didn’t want to burden his marriage with their family drama. Viewers took to Twitter to predict how much of an issue this will be going forward:

Some viewers think there’s more to Matt’s story than he’s letting on, and they are hoping that he’ll open up about his family as the season progresses:

Amber isn’t shy about her physical attraction to Matt, and fans are pretty sure things will get steamy on their honeymoon.

Amber is also constantly talking about having a baby, who she’s already named Matt Gwynne the Fifth.

Relationship issue aside, some fans were just thrilled to see Matt in his glasses, and many are hoping he keeps them on for the rest of the season.

It’ll be interesting to see how Matt and Amber’s relationship develops as the season rolls on, and “I’m sure viewers will continue to hit Twitter up with their takes and opinions.