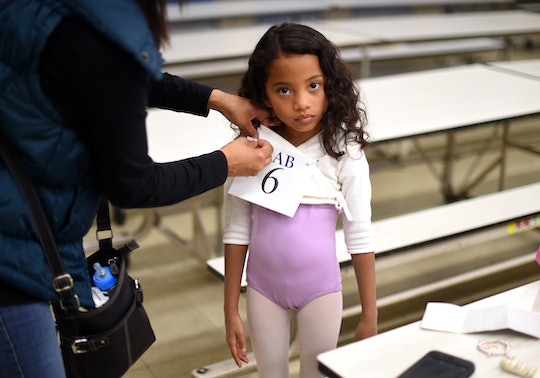 The world of ballet has not been an inclusive one for many years. Many young children who've been involved in ballet, whether as participants or fans, probably have noticed that. But things are finally changing, as this year an 11-year-old ballerina made history as the first black lead in the New York City Ballet's production of The Nutcracker. This moment will undoubtedly make such a difference to young hopeful dancers of color across the country this holiday season and for years to come.

Charlotte Nebres has been chosen to play the lead role of Marie in the New York City Ballet's production of George Balanchine's classic ballet The Nutcracker, about a girl who makes friends with a nutcracker who comes to life on Christmas Eve to wage war against the Mouse King. The Nutcracker has become one of the most popular ballet performances for many people, especially since it is so closely tied to the holidays. Until now, though, there has never been a black lead in the New York production since it first began its yearly run in theaters in 1954.

Nebres — who is a student at the School of American Ballet in New York City, according to ABC News — is about to change all of that. And she's only 11 years old.

Nebres — who is of Filipino-Trinidadian descent, according to Essence — is one of two girls playing the role of Marie; it's standard for two kids to take on the role since it can be quite taxing. And as young as she might be, she is well aware of the potential impact her role might have on other children who have their own ballet dreams. As she told The New York Times in a recent interview, "It’s pretty amazing to be not only representing [the School of American Ballet] but also representing all of our cultures. There might be a little boy or girl in the audience seeing that and saying, ‘Hey, I can do that, too.’"

The young girl reportedly found her own inspiration in Misty Copeland, who became the very first black female principle dancer for the New York City Ballet in 2015. Nebres was fortunate enough to see Copeland dance when she was 6 years old and told The New York Times in that watching her perform was "so inspiring and so beautiful" and "[Copeland] was representing me and all the people like me."

It seems the New York City Ballet is making efforts to move forward in a more inclusive way. This year's production of The Nutcracker will feature a considerably more diverse cast beyond Nebres, according to HuffPost, with dancers of several different ethnicities taking part in the production.

You can see Charlotte Nebres witness make history in The Nutcracker now until Jan. 5.