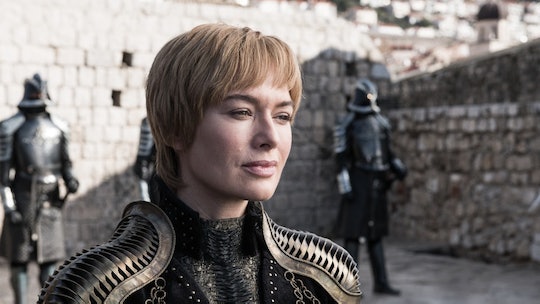 It’s a rare occasion that Cersei Lannister doesn't get what she wants on Game of Thrones, so when the Euron Greyjoy failed to bring elephants with him when he picked up the Golden Company mercenaries, it was a huge let-down for her. Unsurprisingly, fans are kind of obsessed with Cersei’s obsession with elephants and all of the Cersei elephant memes from Game of Thrones pay tribute to the show’s latest inside joke.

A part of me wonders if there isn't some secret reason why Cersei wanted the elephants to come to King’s Landing so badly. They might be huge animals, but they would in no way stack up against Daenerys’ dragons and they might not be great in battle. Then again, with enough elephants in a cluster, Cersei could order a stampede on some of her enemies’ armies, so there’s that possibility. Or maybe Cersei just dreamed of seeing elephants since she was a kid and they are considered exotic animals reserved for Essos rather than milling around in the wild in Westeros.

Either way, Cersei’s obsession with elephants on Game of Thrones has become a new meme in itself and fans are totally into it.

Some fans joked that Cersei wanted the elephants so she could use them as weapons in the great war to come. Unbeknownst to her, though, Jon’s combined army was just reduced by thousands, so I don't think she has to worry about the Golden Company not being enough to defeat them and protect her place on the iron throne.

Other fans just find it hilarious that Cersei literally sulked in her bedroom after she found out that Euron wasn't able to bring any elephants back with him. I still don’t know where she would have housed them or how the Golden Company would travel across an ocean with dozens of elephants in their ships, but apparently, Cersei thought there would be a way.

One Game of Thrones fan on Reddit theorized that the Golden Company did bring elephants, but that they will show up later on if the mercenaries go against Cersei. There’s still no evidence to suggest why the Golden Company would turn on her, but as the Redditor pointed out, other characters, like Ramsay and Ygritte died the way they killed other people. Robert died after he was attacked by a boar, which was Cersei’s doing. According to the theory, Cersei could be done in by an elephant, which explains her ongoing obsession.

Cersei’s comments about wanting elephants could have been a tongue-in-cheek dig at Game of Thrones producers about not allowing CGI elephants in the budget for this season. It’s no secret that the direwolves and dragons cost a lot to properly create on-screen, so that could have very well been the reason Cersei didn't get her elephants.

If Cersei had only mentioned once that she was disappointed that Euron had not brought her elephants, it would be easy to dismiss. But she has brought it up on more than one occasion and it seems to be something the writers want fans to remember. I don't think Jon and Daenerys could scrounge up any elephants to taunt her as they invade King’s Landing with what’s left of their army, but there has to be something more to Cersei’s elephant obsession than a plot device to allow her diva attitude to shine through.

Game of Thrones Season 8 only has three episodes left for Cersei’s elephants to show up. Hopefully if they do, it’s all part of some secret plot against her. Otherwise, she will have a few more powerful weapons to defeat Jon and his army.