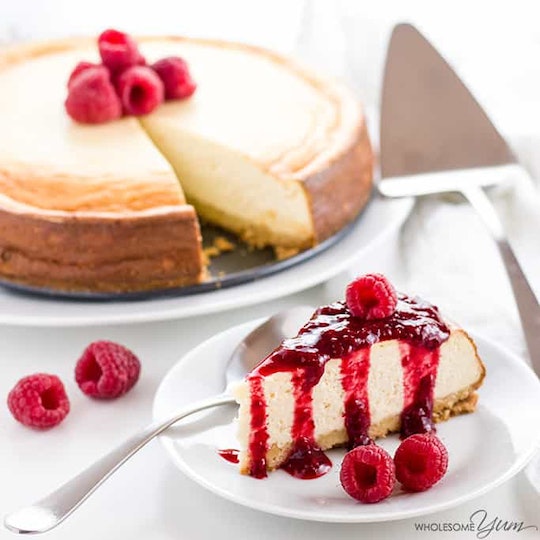 According to Health Line, the ketogenic (also known as "keto") diet is similar to the Atkins diet in that it's very low carb, and high in fat. Sound like a dream? It can be, depending on your body's needs. It's intended to lower your blood sugar and insulin levels, all while the lack of carbs you're eating kicks your body into "ketosis," which makes you "efficient at burning fat for energy," according to the article. And even better, you don't necessarily have to give up your desserts on this diet. There are some keto dessert recipes to satiate that sweet tooth, all while not sabotaging your progress on the diet.

The basic rules for the keto diet include only eating 20 net carbs a day, eating meats and dairy that are one to two carbs or less, eating vegetables that are five carbs or less, eating no sugars — including honey, maple syrup, corn syrup, and fruits or fruit juice — and no starches (including whole grains), according to Wicked Stuffed. You can eat dairy, but it has to be full fat (darn). This complete list of foods and their carb values is pretty helpful.

The main downside to this diet, according to NBC News, is that you have to follow the rules "to a T" for it to work. No cheat days. Ever. The article reported if you eat more than your meal plan, you'll risk coming out of "ketosis," and if you don't eat enough the same thing could happen. And falling out of ketosis has some "negative health consequences," according to the article.

Additionally, the article reported people complaining of having the "keto flu," where you get bad headaches, fatigue, nausea, and bad breath. NBC News said this is because "a drop in blood sugar can cause lethargy." Plus, you can be at risk for nutrition deficiencies, the article noted. "You can also develop micronutrient deficiencies that can cause hair loss, and a lot of people become constipated on a ketogenic diet." Pegah Jalali, MS, RD, a clinical coordinator at the New York University Comprehensive Epilepsy Center, recommended in the article that it is important to work with your doctor and a dietitian to make sure you're 100 percent safe when on this diet.

However, the keto diet has also been used to prevent epilepsy in children, and benefit people with chronic conditions such as PCOS and type 2 diabetes, according to WebMD. So if you're currently on this diet or thinking about beginning this journey, you'll enjoy these keto-friendly treats at the end of the day.