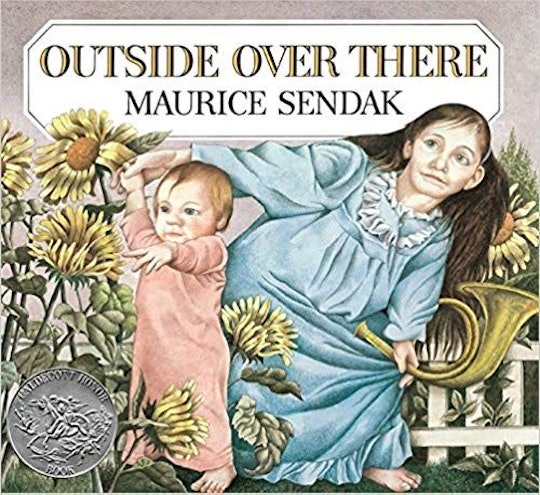 I was today years old when I realized a lot of my favorite books from childhood were all written and/or illustrated by Maurice Sendak. I mean, we've got Little Bear, Where the Wild Things Are — definitely classics. While these are my favorites, especially for the illustrations, there are so many Maurice Sendak books that are practically art.

All of his books take on a whimsy, folklore look that just truly captivates children and brings them into the story — probably because the illustrations and storylines seem like they came right out of a child's brain and imagination. For example, though they're monsters, you totally want to be friends with the guys in Where the Wild Things Are and Seven Little Monsters. At least I did. They were the only monsters that didn't scare me.

Sendak's books are so good, they've made several of them into children's shows, like Little Bear and Seven Little Monsters, or musicals like Really Rosie. A cool fact about Sendak: a Brooklyn native, he started out working on window displays in famous toy store F.A.O. Schwarz in the '40s before he met Ursula Nordstrom, a "legendary children's book editor," according to Biography. She helped him "land his first job illustrating children's books." His first book he ever wrote himself and illustrated was Kenny's Window, which is a sort of dark and philosophical book (like most of Sendak's books) about love and loneliness, but appropriate for children. His whimsical books definitely all have a certain style to them, and you can tell it's a Sendak book by looking at the cover art. All of these following books are certainly a work of art, and it's apparent from the very first page.