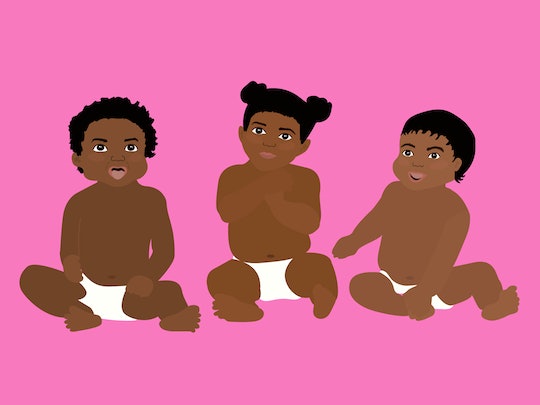 If being a parent has taught me anything, it's that kids really do say the darnedest things. Or, you know, the most effed up, off-the-wall stuff that could either make you cry from laughter or give you nightmares. The funny things kids say can, of course, include the things you don't want them to say, but that's half the fun of having kids, right? My own kid is only creeping up on his two-and-a-half-year mark, but something as simple as an unnecessarily cheerful "No!" when he's asked to sit on the potty makes me excited for all of the WTF moments and quotes to come.

The entertainment with the ridiculous things my kid says never stops. Like when my husband asks my son to meet him in the bathroom to brush his teeth and he turns his tiny face so that it's inches from my husband's and says insistently, "In a minute, Daddy. Minute, Daddy!" Which sounds more like "Minnie, Daddy" but I'll take it. (Ugh, I'll so take it; I'm dying of the cuteness.)

I've been around enough kids to know that it only gets better. I remember my now-12-year-old niece as a spunky 6-year-old telling her mom and I about how a girl at school in the 5th grade had told her, in the most superior Valley Girl voice:

I can't believe you go here. You're the fuck.

To this day, I have no idea what the 5th grade kid really said, because obviously something was lost in translation there, but hearing the squeaky voice of my kid niece saying it left a lasting memory that I can still hear so clearly. In a way, it's kind of sad that kids are saying things they have no real idea the meaning of, but let's face it: nothing beats the tiny voice of a kid misusing a curse word or phrase.

I talked to some other moms about the funny things kids say and about their favorite things their kids have said to them. The moral of the story? Little kids should always have free passes to swear.