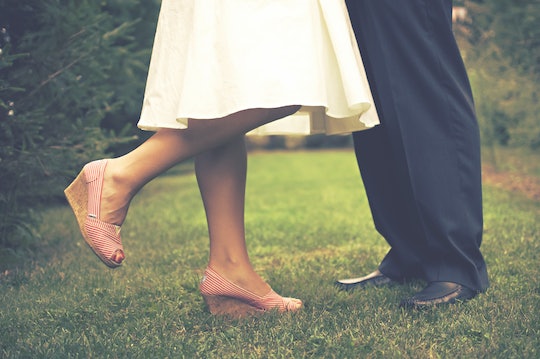 I’m not sure about you guys, but now that I’m on the other side of marriage and motherhood, I feel like some of the comparisons between the two don’t make a lot of sense. Yes, they (usually) both count as major milestones for adults; they both involve another person; they can both involve the acquisition of furniture and household goods and, yes, they can be pretty expensive life choices. Still, I have realized as both a wife and a mother, that getting married and having babies are nothing alike. Like, not even a little bit. Nope. Absolutely not.

In my humbled opinion and personal experience, there are more differences than similarities. For example, my partner and I were together for over five years before we tied the knot, so not much changed beyond my name and the jewelry we decided to wear on our ring fingers. We had already been living together and were committed to one another, so besides a box we checked annually when doing our taxes, things remained the same. But when we had a baby? Yeah, It felt like our entire household was turned upside down, shaken like a snow globe, and then drop-kicked. (I mean, totally in a good way because babies are nothing if not fantastic miracles, right?) But still, in my experience, it was, um, slightly jarring. And by “slightly,” I mean “intensely.”

For me, these two potentially life-changing events were very different. That doesn't mean that one is inherently better than the other or that they both don't require sacrifice and adjustment and compromise. It just means that, well, they're not entirely similar. Here are just a few reasons why: