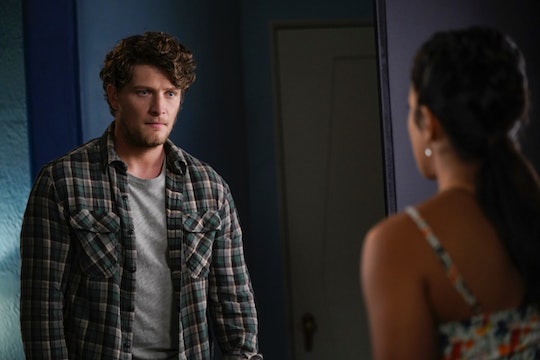 Team Michael Is Hoping For A Comeback On 'Jane The Virgin'

Jane’s love life has been an emotional roller coaster for five seasons, and with Jane The Virgin coming to an end, fans are dying to see who she finally ends up with. While some viewers are counting on Rafael to take her back, many want to see Jane rekindle her love with Michael. These Team Michael tweets about Jane The Virgin prove that fans are rooting for Jane to reconnect with her first true love.

Michael and Jane have always had a special connection, and fans were super excited to see them get married and start their lives together. But then Michael died in Season 3, leaving Jane and her fans shocked and heartbroken. When Michael reappeared at the end of Season 4 alive and well, fans automatically assumed that he and Jane would find that spark again. But, in “Chapter Eighty-Eight,” when the two take a trip to Montana, they realize how much they’ve changed and Jane’s feelings for Rafael keep her from reconnecting with Michael.

Fans were not thrilled when Jane picked Rafael over Michael, but in an interview with TV Guide, showrunner Jennie Snyder Urman revealed that Jane chose him because he was right person for her at that time. “I think there are different love interests and different people that are right for you at different times of your life,” she said. “But Jane really realizes that these five years and the changes that have happened have changed her, and Rafael is who she wants to be with. Whether he feels the same way is going to be up in the air, but that's where her heart is. You'll certainly see — this is not Brett's last episode. But Jane knows who she wants to be with.”

Some fans couldn’t understand how Jane could just get over Michael so quickly, especially after he returned from the dead.

Rafael was understandably upset with Jane for exploring her options with Michael, so he’s distanced himself from her. With Rafael out of the picture, Team Michael is holding on to hope that he gets back together with Jane before the season ends.

And there are plenty of reasons fans think Jane should be with him. He’s kind, genuine, and he was Jane’s first true love. Many were not happy with the treatment he got when he returned to the show.

Because Michael has been M.I.A. in the last few episodes, fans are anxiously waiting to see how and when he returns this season.

When talking to the New York Times, Urman said that she couldn't reveal who Jane will end up with in the series finale, but fans will see her get the happy ending she deserves. “You could see a million different happy endings for Jane in terms of who she ends up with — if she ends up with anyone,” she explained. “For me, her achieving what she wants to achieve in her life and balancing that with being the parent that she wants to be is my biggest dream and hope for her.”

Of course, at the end of the day, Team Michael just wants to see Jane happy, but they don’t think Rafael would give her the life she deserves.

With a few weeks left until Jane The Virgin ends, there’s still plenty of time for Jane to figure out who she wants to be with. Personally, at this point, I don’t think she has to be with anyone at all. She’s a strong, independent woman who doesn’t need a man to define her, and I just hope she gets the happy ending she wants for herself.

New episodes of Jane The Virgin air Wednesdays at 9 p.m. ET on The CW.