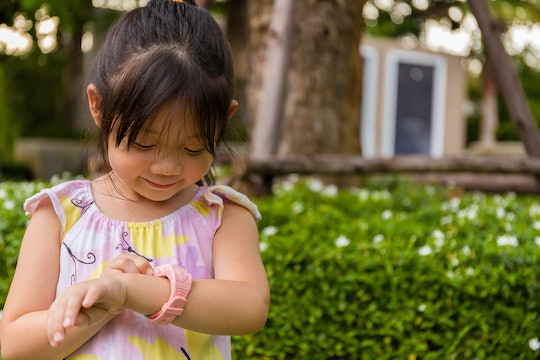 Before my son was born and he was nestled comfortably (well, usually somewhat uncomfortably) in my stretched-out uterus, I thought it would be wonderful to have a really, really smart kid. Like, I wanted him to come out already talking so we could have wonderful conversations and he could teach me all the things adulthood has left me hesitant to learn. While he didn't come out using words, he is very smart, but I've since realized that there are things smart kids shouldn't handle by themselves, even if their IQ is high and they seem capable and they're hitting milestones at a rate that leaves you cautiously optimistic that they'll be able to support you for the rest of your life after they find the cure for cancer (and name it after you, of course).

On the one hand, having a smart kid is awesome. I get to have those conversations I was really eager to have; I get to watch him learn and grow at a rate that is just astounding; I get to be hopeful about the future and what my son is going to accomplish; I get to let my kid handle certain things on his own, watching him become more independent and, in turn, gaining more independence myself. However, just because my son seems like he can handle certain things doesn't mean he should, and I've learned that his abilities don't negate my responsibilities. I still have plenty, and I mean plenty, of parenting left to do, and my son's intelligence doesn't let me off the hook. If anything, it means I need to be even more diligent.

Can it be exhausting? You bet. But, I mean, it's parenthood. I'm always exhausted. That's par for the mom-course and I'm alright with it. Especially if, eventually, it does mean my son cures cancer and names the vaccine after me. However, in the meantime, I will continue to assist and parent and support my son as best I can, by realizing that just because he's smart, doesn't mean he can handle the following things by himself: