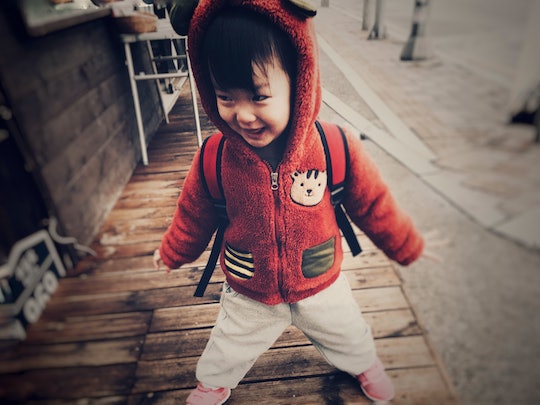 Nothing speeds up time like becoming a parent. I was warned many times during my pregnancy, that my child’s early years would zoom by so it's best to not blink. Those warnings, while somewhat unsolicited and (at times) unnecessary, weren't wrong, either. My son is edging closet to two years and I just realized I have been breastfeeding for over a year. I mean, like: how in the hell did this happen?! Wasn't he just born? What is time, really?!

My son’s first two years have been some of the fastest of my life (not counting the late 90s, when the Backstreet Boys were at their peak because those were some amazing months, people). I often find myself doing that delicate mental dance of recounting how much time has gone by and just how much has happened, waxing nostalgic about all the things my son and I have done together. Honestly, each and every memory comes with somewhat of a "stunned" moment, when I remember that each moment is closely linked to breastfeeding. I mean, I've been breastfeeding my son for as long as he's been alive. I mean, I’ve taken a few days off for some overnights, but that’s it. Every day. Every damn day.

Technically, becoming a parent means doing lots of the same things everyday; diapers, dressing, slicing bite-sized pieces of cheese and picking up discarded banana from the floor. But none of these take up the same amount of mental energy that breastfeeding takes. That said, we’re down to one feeding a day and it’s the first thing we do in the morning; so my eyes are barely open and I can’t claim to be putting a ton of head space toward breastfeeding anymore. But before? I was constantly considering and reconsidering it.

I've spent months upon months being completely transfixed on breastfeeding, and I've been able to (eventually) be pretty passive about it. Still, now that I look back and realize that I've been breastfeeding for over a year, there are some very specific thoughts bombarding my mind.