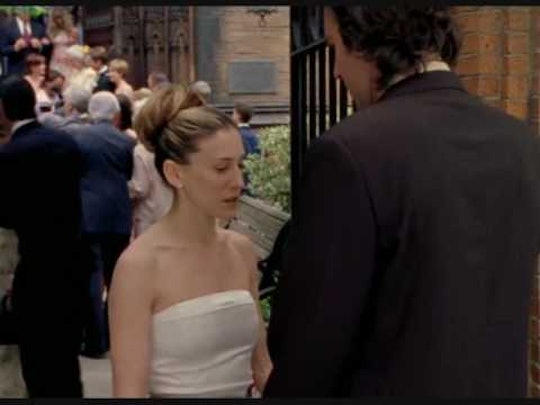 12 Women Share The Moment They Knew They Were Caught Cheating

We all start relationships with the best intentions. We meet someone, fall in like, and then in love, and pretty soon we’re picking out impossible-to-build furniture at IKEA and planning weekend trips to New Orleans. It’s great. It’s lovely. It really is. But then some of us begin to feel an itch. Sometimes it’s because we begin to notice major relationship red flags, like maybe your once-sweet beloved now wants to control you, all the way up to knowing your Facebook password; or maybe they’re suddenly just incredibly mean to other people for absolutely no reason. Other times, relationships take a turn when we’re simply looking for something that our current significant other isn’t providing.

However it starts, cheating often begins as an emotional affair — but things can quickly escalate to a physical level if it’s not nipped in the bud. And then, of course, sometimes your partner just isn’t doing it for you sexually anymore, and you give in to carnal pleasures while you’re out on the town one night.

The point is, these things happen. You might not think you’d ever be that person, but then who ever starts a relationship wondering when they’ll end up stepping out on their partner? Some of us know what it’s like to be cheated on, but many of us tend to think that if we’re careful enough, we’ll never get caught. And sure, sometimes it does happen that way, but many folks do get caught (or hell, even confess), and it certainly isn’t pretty, no matter how it goes down. I got the inside scoop from 12 different women on what it was like the moment that they finally knew the jig was up:

My partner went through my phone. I knew as soon as I saw him that he had. He was very upset. We split up.

"The first time I cheated, my husband begged for a reconciliation while he was in rehab, but I told him that had already moved on. Not my...favorite moment. The second affair, I confessed. Not immediately, but I did come clean and my boyfriend and I talked about it at length and decided to open our relationship."

[When I cheated on my boyfriend] I didn't get caught. But the next day, I immediately called my partner and told him what happened. He didn't break up with me, and was willing to accept what I had done. In the end, I had to break up with him.

"My partner knew for at least a week or two before confronting me. They came home from work and walked in, took my car keys out of my purse (the car was paid for by both of us, but in their name), said they knew about the other person and demanded I leave. Later found out they knew because they had me followed and then had emptied our joint savings account ahead of time. They were yelling at me and threatening me as I called my mom to come pick me up."

I never knew my ex knew until I got a nasty letter after we broke up. The thing was, he had cheated on me too, so it made me realize how crappy our relationship actually was.

I’ve cheated a lot but I hardly ever got caught. The one time I did, though, it was dramatic and I felt horrible. I decided to change from there on forward. I never wanted anyone to get hurt because of my actions. Getting caught makes it real. I thought to myself, I never want to feel this guilty letting someone down so bad.

"I was unhappy in my relationship but hadn’t been able to end it. I left on a trip for 3 weeks out of town, where I met a guy I started an emotional relationship with. Eventually, we went out dancing and we kissed. I had to call my boyfriend right away to break it off, but he immediately accused me of cheating. I told him I had met someone, but that I hadn’t slept with them yet. He wouldn’t let me break up with him over the phone. I continued my emotional affair and we made out a few times but didn’t have sex. When I came back home, I called my boyfriend up and told him we needed to break up for real. He demanded I see him in person but I refused. He called me a whore and a bunch of other terrible things I can’t bother to repeat. I knew I’d made the right decision in breaking up with him."

He had put spy devices on my computer and confronted me about emails and chats. And then called me a slut. This was with a college boyfriend.

"First marriage, the man I cheated on my husband with was my husband's friend and confessed to him. Later, my husband confronted me in the car, and I denied it at first, then admitted it. The whole thing was awful and miserable. The sex wasn't even worth it. I was just angry because I thought he was cheating on me."

It was not until years later [that my partner found out], and it almost ruined what was then a really great marriage. It took us several months to get back to "normal."

"After I cheated, I called my boyfriend the next day and told him what had happened. I broke up with him in that phone call and went on to date the guy I had cheated on him with for a while. In the end, it was good that I got out of the old relationship, even if it took cheating with a new interest to make me finally sever ties — he was an abusive/controlling/manipulative asshole and it took getting away and meeting someone nicer to be able to see that."