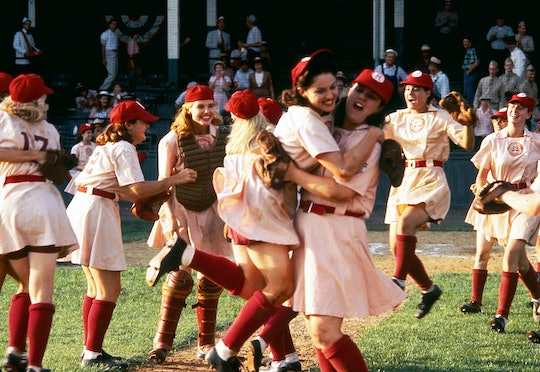 The ‘90s was a decade which seemed to pulse with an optimism and vibrancy that makes us eternally nostalgic for it. From Brit Pop to Angsty Punk, the music was amazing. And with the crumbling of the Eastern Bloc, there suddenly seemed to be all kinds of political possibilities. It was also a great time to be a film obsessed feminist. There were so many ‘90s movies that promoted feminism during the decade, and when you look at what was happening culturally and politically, it’s hardly surprising.

Feminism's third wave was born during the decade, and women were crashing down more barriers than ever before. I mean, this was the time that saw Ruth Bader Ginsburg appointed to the Supreme Court and the Riot Grrl movement encouraging women to write zines and join bands. As a young woman during the time, I felt empowered beyond belief.

Sure there were still plenty of misogynist offerings at the Box-office (Showgirls anyone?) but many of my favorite films from the ‘90s also served up a healthy dose of empowerment and equality, along with the popcorn. So if your looking to host a movie night that's equal parts nostalgic and feminist, check out one of these 13 empowering picks.

More Like This
15 Awesome Movies For Families To Watch During Hispanic Heritage Month
New Barney Docuseries Will Dive Into The Dark Side Of The Beloved '90s Kids' Show
You Can Stay At A ‘Hocus Pocus’ House On Airbnb — And It’s In Salem!
Every State’s Favorite Halloween Movie For Kids In 2022