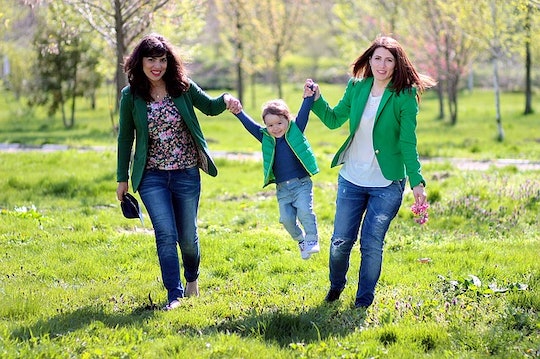 Your child may think you're perfect, but don't worry; you have their entire life to prove them wrong and instill in them a realistic expectation that doesn't hold you to an impossible standard. That's right, despite best laid plans, there are big mistakes every good mother eventually makes, even when she's amazing in every other way imaginable and tries her absolute best to be failure-free. Making mistakes is part of what makes us human, and even though you clearly don't want to make mistakes that might hurt your children, once you become a parent it can (and usually will) happen to the best of us.

Being a parent comes with so much pressure to begin with, so being afraid to mess up can actually become crippling and debilitating and just, well, unhealthy. If I'm being honest, I can tell you that the fear of failure is a continued issue for me. I'm constantly wondering whether the choices I make, as a parent, are creating longterm issues for my kids. And while it can be really freeing to just embrace my imperfections and succumb to the fact that I will mess up over and over and over again, it's also incredibly hard to do so. I've found that coming to that realization is a necessity, though, because thinking you're perpetually letting yourself and your children down every time you make a (even minor) mistake will haunt you forever.

You will screw up. Sorry, but you will. And guess what? That is okay, because you are far from alone when it comes to motherhood and the inevitable shortcomings that go along with it. In fact, you're joining a pretty gigantic club that's called every parent ever. So, with that in mind, let go of those unrealistic parenting expectations and embrace these 13 big mistakes every good mom will eventually make: