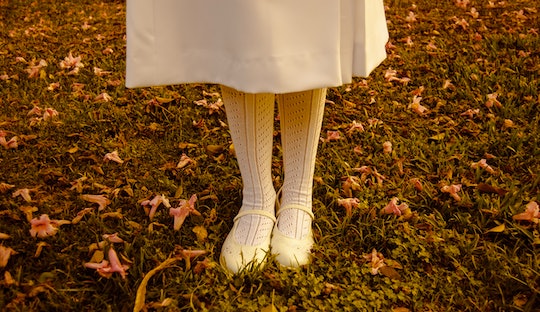 When I was in film school, I sat through a lot of student work by self-proclaimed feminists where they burned doll heads as an artistic representation of their desire to unshackle themselves from society's oppressive beauty ideals. I was totally down with what they were expressing. But when a fellow film major, a guy, asked me to shoot his student film about a story of a young man's unrequited love for a beautiful woman, I was scorned by this group of feminist artists. They claimed I was perpetuating the portrayal of women in movies I should be fighting against.

I felt terrible until I realized: I was the only woman who had been asked by a man to collaborate with him as his cinematographer, a role tasked establishing the visual language of a film and, important in this particular case, how we are viewing its characters.

I'm sorry, but how does that not make me a f*cking feminist?

Since then, I have been acutely aware of how much women are being forced into these narrow qualifiers, including the identity of a "feminist." But being a feminist doesn't mean setting fire to Barbies or belittling the advancement of a female filmmaker because of the movie's subject matter. I believe it means supporting women in the efforts towards gaining equal footing in the world. It means you deserve to take up as much as space in the world as anyone else, and to pull others up to join you.

And you can do all of this while wearing a tiara.

I have no problem with my daughter's proclivity towards being super girly. Though the author of Cinderella Ate My Daughter may disagree with my parenting style, which embraces princesses like this and this, I think I'm doing a damn fine job as a feminist mom. Here are some reasons why: