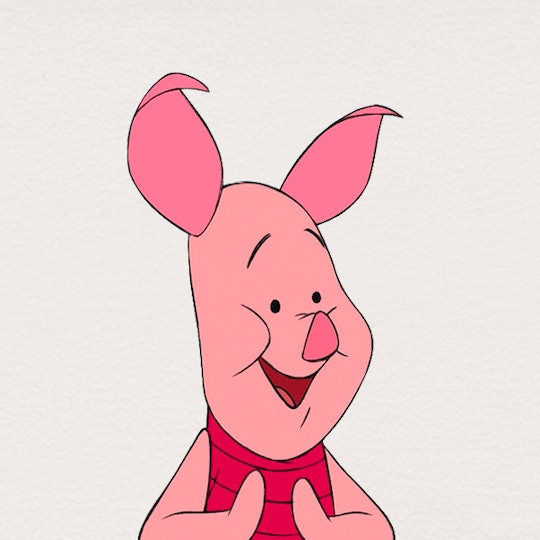 It's amazing to me that, as a parent, I read some of the same books to my daughter that my parents read to me, and they had read to them, and so on and so forth. In some cases, beloved characters from my grandmother's childhood are some of my little girl's favorites. Most notably, the gang from Winnie the Pooh — especially Piglet. Don't get me wrong, the entire group from the Hundred Acre Wood is marvelous, but Piglet is the best role model in Winnie the Pooh

Think about it. For most children, the idea of being little is a huge source of contention for them. They all want to be "big kids." They want to "do it themselves" from a very young age, and are known for lashing out when you tell them they're just too little for something. Piglet is the tiniest of the bunch (excluding Roo, who's a baby), but that doesn’t stop him from having adventures, making mischief, and being there for his friends. He's proof that no matter how small you are, if your heart and brain are full, you can achieve just about anything. What more do you need in a role model?

Here are just some of the many reasons why Piglet is the most inspirational of the bunch, and why he's really the star of the series.