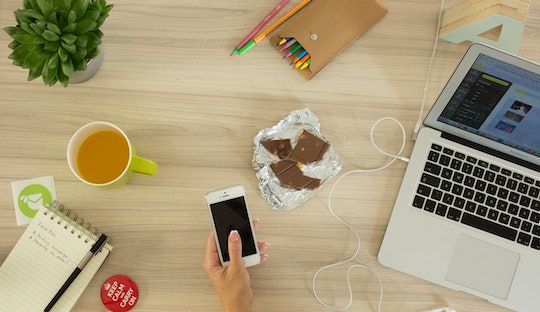 Someday, I may dig deeply into my phone to look back at the early texts I sent when I had a newborn. What a glorious time capsule, right? I'd wager that the string of messages is among the most accurate snapshots that exists of new motherhood (especially the ones sent to my partner from the couch when the baby was sleeping on my chest and there was no way I was going to move because it was the most perfect angle ever for smelling the top of his head).

That said, a close second behind the texts between my husband and I are the ones I sent to my closest friends. Texting saved my sanity during those early weeks, mainly because I could do it silently while the baby nursed or while I pumped. Also because it didn't require me to speak words out loud in cohesive sentences, which was a challenge given the sleep deprivation. Oh, and also because I could do it at all hours of the night knowing that my friends would get to it when they woke up (though, a note to anyone with a bestie about the bring home a baby: adjust your ringtone volume accordingly). Here's a small sampling of what types of messages were getting sent during the blissful (*cough*) weeks.: