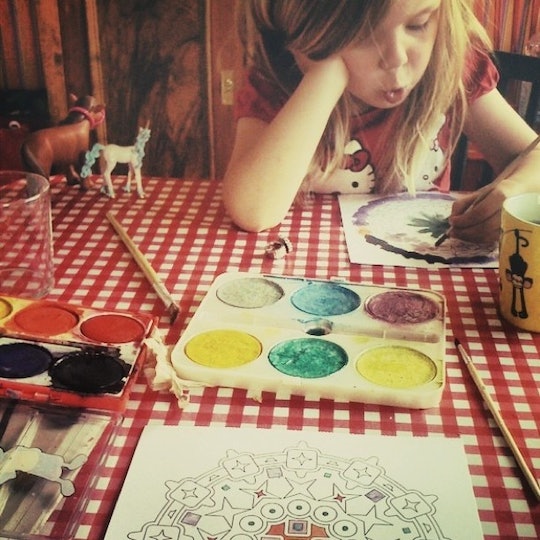 I have been a creative soul pretty much since birth. I was crafting out Christmas gifts back in the '90s (aka, before Pinterest even existed). I made ghetto snow globes from random objects I bought in Chinatown. I learned how to knit and gave everyone scarves on Christmas. I even taught myself to make quite intricate jewelry, and then sold it. Having kids who are creative yourself, though? Totally different thing.

I admit, I kind of lost some of my desire to be creative after I had kid number two. I went from salt-dough footprint ornaments to praying that my daughter wouldn't ask me to let her paint again. I swear I'm not a horrible mom, but craft malaise is a real thing, people.

The thing about being creative yourself is that you choose when you want to do a project. When your kid is the one who's feeling creative? There's a good chance that you're just sitting down to drink your (now cold) cup of coffee, or about to fire off a few emails you've been meaning to respond to. And crafting is messy, even when you're an adult. Crafting with a kid is a whole new level of messy and damnit, it usually involves glitter.

Here are 13 other struggles parents with creative kids have to deal with: