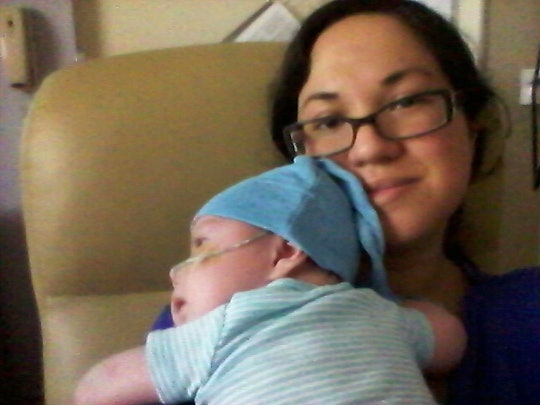 Being a NICU parent is no joke. I should know; I’ve been one, twice. My first experience was a tragic one, as my premature daughter died hours after birth, and so our NICU experience was also short-lived. But with my son, who was born with persistent pulmonary hypertension, I spent two months practically living inside the hospital where he was being treated. It was one of the most difficult things I’ve ever had to endure, watching him through his little plastic box, intubated and sedated, wires coming every which way, in and out of his little body.

I will say this, though: Of all the thoughts I had while my son was in the NICU, it never occurred to me just how much I was learning about myself through the experience. They say experiences shape you — change you permanently, even — and the same can be said of any parent who goes through such an incredibly taxing time as is experienced by NICU parents. I thought that my traumatic birth experiences would be the most difficult thing to deal with, but the time spent in the NICU was just as difficult, and just as traumatic. And while I didn’t realize it at the time, I really did learn a lot about myself. Those of you who’ve spent time in those sterile little rooms with tiny babies battling for their lives can probably relate to many of these points: