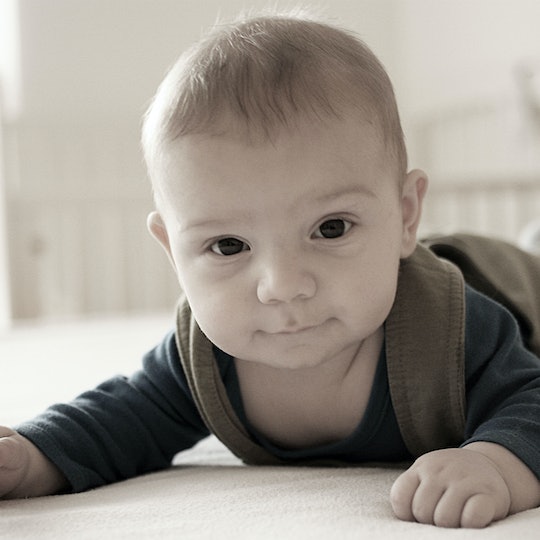 13 Traditional Girl Names That Work Just As Well For Boys

Thanks to Target removing gender-based signs from its toy aisles, a big conversation has started about gender stereotypes, especially the ones we implement on our children. Someone hears that you’re having a boy, and you’re immediately gifted with football patterned-pajamas, blue rompers, and mobiles that reek of testosterone. But wasn’t that long ago that little boys wore lacy dresses and pink was a color for both sexes, and traditional girl names worked well for boys.

If you’re pregnant with a little boy, it can seem even harder to break the stereotypes. No one argues much about a little girl in overalls, but a little boy in an antique gown could cause a stir. For some parents, choosing girl names that work for boys is their first battle against the gender stereotypes. If you’re in love with a traditional girl name, why should you have to save it for a potential future daughter? Johnny Cash’s classic, “A Boy Named Sue” might make you nervous, but if you and your partner are both on board, let no one put your name choice asunder. With these 13 traditional baby girl names, you’re sure to find one that will work well for your baby boy, too.