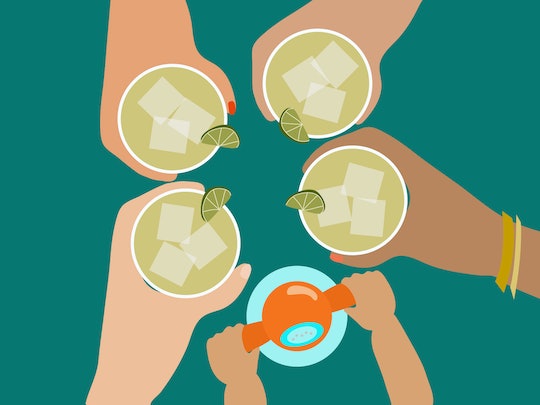 Here comes a super original statement: Kids are growing up so fast these days, aren't they? One day, you're holding them in your arms, singing lullabies and rocking them to sleep, and the next day they're functioning exactly like a young adult: walking, talking, and telling you to text them goodnight instead of kissing their forehead. (OK, maybe that last part is a little bit of an exaggeration, but please forgive me. My son just went up another shoe size and I'm in a really weird place today.)

All joking aside, as my little has gotten older, his life is starting to resemble a 20-something’s in more ways than one (and of course, that one way is just wanting something to drink at weird hours). I mean, parents experience some crazy throwbacks to other stages of life, but that's nothing compared to what I'm seeing with him. We've heard the jokes about how babies are like drunk people, but that's only the tip of the iceberg. Now that he's entered toddlerhood, I believe we’ve reached the peak of this phenomenon. If he was capable of growing a beard, developing a side hustle, and operating an Apple Watch, he’d be virtually indistinguishable from a Millennial. Here’s what I mean: