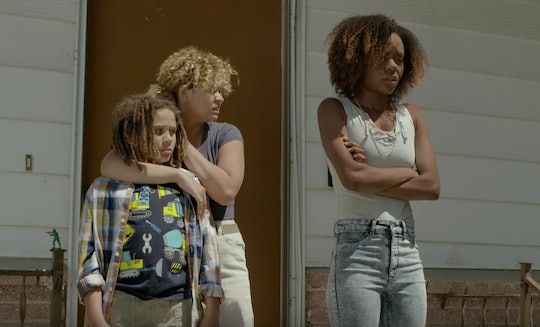 Here Are 14 Netflix Original Movies That You Might Have Missed

There's a lot more to Netflix than reruns of Friends and Orange Is The New Black. Not that there's anything wrong with marathon-watching either of those things, but sometimes you need something to fill in the gaps. Luckily, there's a lot to watch, given all of the original content that Netflix's been producing in recent years. Because of that content push, there are so many Netflix original movies out there that might have slipped under your radar.

The streaming service made headlines last year when it announced that it was planning on spending $8 billion in 2018 to produce original content, according to The Verge. The goal was to ensure that at least half of its library was original, which means that there's a slew of new TV shows, docu-series, stand up comedy specials, anime, kids' shows, and of course, movies.

There are cheesy romance flicks, buddy comedies, heist and war movies. Basically, anything you want, Netflix has. Yes, some of them are terribly cheesy (hello, Christmas Prince), but most of them aren't. Because of Netflix's popularity these days, tons of great creators as well as your favorite actors are behind most of these flicks, which means you're supporting the stars you love, and will likely come across a director or actor you've never heard of before and fall madly in love with them. What more do you want from a weekend television binge session anyway? Here are just a few movies you might have missed, but definitely shouldn't.

When their mother goes to jail, sisters Laney and Deidra decide to rob a train to provide for their family. Of course, nothing goes as planned.

Chante Adams is amazing as Roxanna Shante, the legendary female rapper from Queens. The film, which also stars Mahershala Ali, won the Special Jury Prize at Sundance, and will make you want to Google old rap battle clips on YouTube for days afterwards.

This dark comedy stars Jake Johnson (who played Nick in New Girl) as a compulsive gambler who finds a bag of money and tries to control himself.

Message From The King

This movie is about a man, played by Chadwick Boseman, who travels all the way from South Africa to Los Angeles to get revenge for his sister's death.

This film was released for Halloween last year, but no one seemed to notice. But you definitely should, as it stars Adam Scott as a man who is convinced that his son is actually possessed by the devil.

This one is dark, so get out the tissues. When a woman is is diagnosed with terminal cancer, she sets out into the world to find a new girlfriend for her fiancé.

Ellen Page plays a woman who takes a baby from another mother and pretends it's her own. Allison Janney stars in it, too, which is why you should definitely revisit this 2016 flick.

Nikolaj Coster-Waldau (better known as Jaime Lannister) plays a recently released cop who was imprisoned for the attempted murder of a District Attorney.

Um, do not watch this psychological thriller by yourself or with the lights off. It will definitely keep you up all night.

Sasha Pieterse (of Pretty Little Liars fame) and Justin Mark star in this movie about a bunch of teens who want to break into the United States Mint to get the cash to save their Philadelphia prep school.

This is heartwarming teen romance flick about a kid who seemingly "has it all" until he's surprised by a crush on a boy.

This is a sappy romance movie about a couple who celebrates their third year anniversary on the verge of a breakup, retelling the story of how they met.

Of course, these are just a handful of the offerings on Netflix. So make some popcorn, settle in on the couch, and get started.