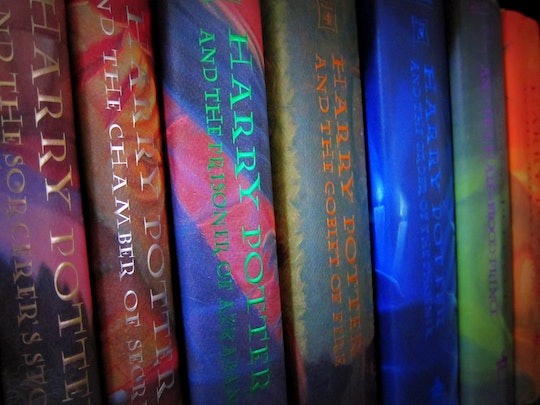 I‘m not afraid to admit that I, like many other perfectly normal and well-adjusted adults, spent the early aughts completely consumed by a children’s book series. I remember scoffing when I first heard about grownups reading Harry Potter, but just a couple of years later, I was hooked. I spent most of my 20s wishing that I could be a wizard like Harry, attending Hogwarts School of Witchcraft and Wizardry, battling Death Eaters, and liberating house elves. I forced my husband to watch all of the movies with me (pro tip: playing a drinking game wherein you must take a sip “every time someone does magic” is a terrible idea). I mourned the loss of … certain characters (no spoilers!). I spent a week in 2007 avoiding all media and watercooler conversations because Amazon screwed up and shipped my copy of Harry Potter and the Deathly Hallows late. And I sobbed like a baby when I finally finished the last book, not just because of how it ended, but because it was, at the time, my last visit to the wizarding world.

So maybe I jumped the gun a little bit when I started rereading (and re-watching) the series with my son when he was only 6. The books were originally spaced out so that the audience would grow up with them; hence the huge jump in thickness about halfway through the series, along with the addition of some super dark storylines. He’d already seen Star Wars — and it doesn’t get much darker than ewoks gleefully dancing around the flaming body of Darth Vader, right? But experiencing the series as a parent made me see things in a whole new light.

A few thoughts I never had that first time around (SPOILERS throughout):

More Like This
101 "Would You Rather" Questions For Kids
Barbie Honors Aviator “Queen” Bessie Coleman In Their Inspiring Women Line
13 Is "Too Early" For Kids To Be On Social Media, Surgeon General Cautions
The Best Travel Tips For Solo Parenting
What Parents Are Talking About — Delivered Straight To Your Inbox