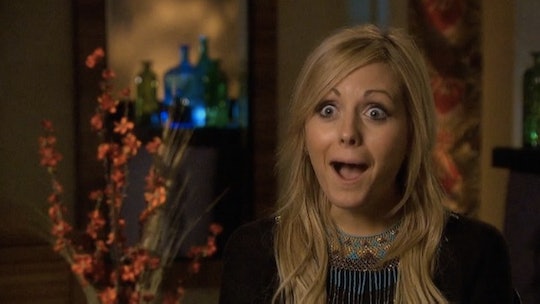 14 Things Contestents On 'The Bachelor' Have In Common With Toddlers

OK, let’s just get this out of the way: I have not seen every season of The Bachelor franchise, but I have seen most seasons. So many, in fact, that I don’t feel comfortable admitting the exact number because then you’d be forced to ask, “Did you have time for anything else in your 20s?” to which I would reply, “Um, yes, obviously, I also watched Rock of Love.” That said, I feel fairly confident in weighing in on the important issue of how contestants on The Bachelor have a lot in common with toddlers.

Please don’t get me wrong, I’m not saying this is all bad. A lot of it is simply circumstantial and not even the contestants' fault. I certainly see the appeal of staying in a ridiculous house, going on adventures, feeling cool because a producer attached a mic to my clothes, potentially meeting someone special... That all sounds kind of awesome, actually. If I wasn't happily married, the casting people would probably be sick of me hitting them up by now. So, I certainly don’t blame any of the women for signing up. That said, I hope they don’t blame me for paying a little extra attention and noticing how much their lives on the show appear to parallel my toddler’s. Ahem.