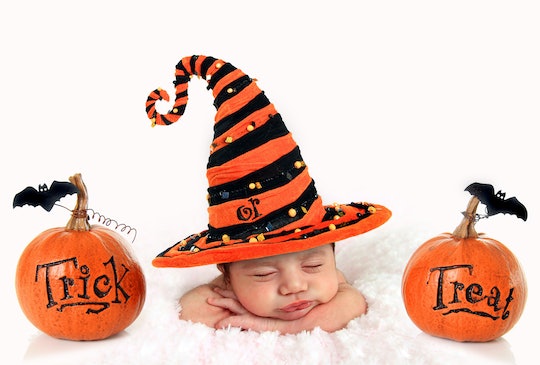 Have you read the entire Harry Potter series at least three times ? Do you have the entire Charmed series on DVD? Were you obsessed with Sabrina the Teenage Witch when you were a kid? And are you expecting your own little charmer on or near Halloween? Then perhaps you should consider a baby name based on a famous witch character of TV, movie, or stage fame.

Once reviled and persecuted, witches have gained greater acceptance in America over the years. The 1900s saw a surge of popularity in Halloween parties, where women enjoyed dressing up as witches and other spiritual beings, according to National Geographic. Then, in the 1960s, the hit TV show Bewitched inspired the infamous town of Salem, MA, to reinvent itself as a witch-oriented tourist attraction, reported Mental Floss. Since then, shows and movies have continued to bring us memorable witch characters — along with their very cool names.

Not every famous witch can make a good namesake, though. Even the most avid fan of Wicked would think twice before naming a child Elphaba or Glinda. The Witch in Into the Woods has all the good songs, but no actual name. And retro-loving parents might adore the old kids' show H.R. Pufnstuf, but no way would they saddle a child with a name like Witchiepoo.

Still, there are enough awesome choices out there to fill your baby name list, if you're looking for mystical inspiration. Try these on for size: