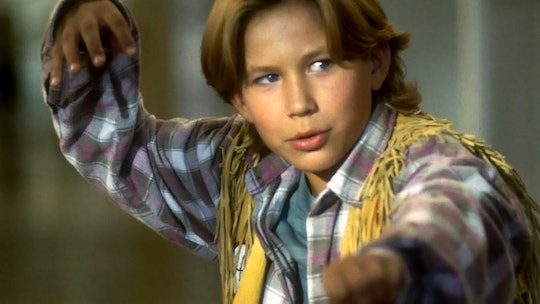 15 People Every '90s Girl Had A Crush On, Because These Heartthrobs Were So Real

Let me tell you a secret about myself. During the '90s, I crafted what can only be described as pre-internet fan-fiction, where I would meet my celebrity crushes, they would inevitably fall in love with me, and I would be the center of everyone's world and affections. In these stories, Jennifer Love Hewitt, Brandy, and Larisa Oleynik rotated in as my best friend, and the romance was a revolving door that often showcased the brothers Hanson. (I had no shame, y'all.) Let's revisit all the people every '90s girl had a crush on, in the name of nostalgia. (Because if you hadn't realized, Fuller House happened, and the nostalgia is tugging at my heartstrings, and at the bindings of my childhood diaries.)

I like to think my tastes were eclectic, but let's be real, the smooth operators of the '90s so often fell into one of two categories: bad boy, or golden demi-god. That's why I'm throwing in the best of the '90s girls, too. Because you're kidding yourself if you think I didn't have a massive crush on Kelly Kapowski and literally everything she did. (I was also crazy obsessed with Christina Applegate on Married With Children, judge me, I dare you.) Without further ado, here are the 15 heartthrobs everybody had crazy crushes on in the '90s.