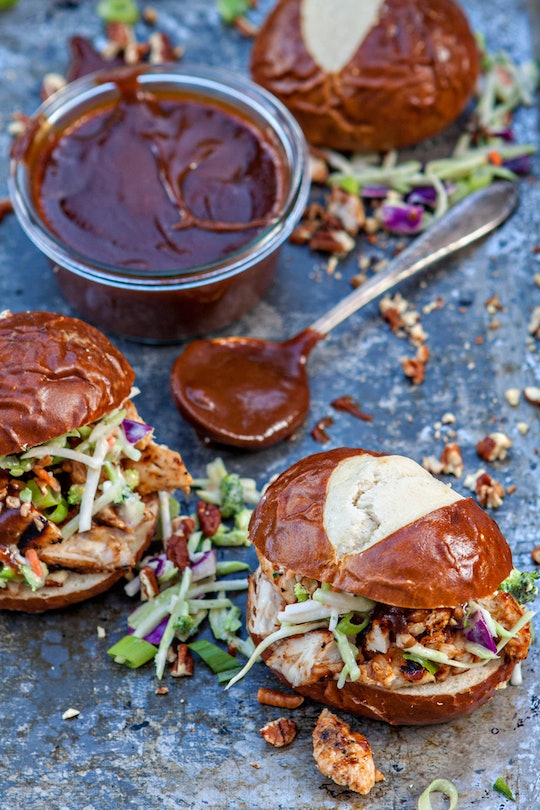 Y'all, it's time to rise up. If you're an Atlanta Falcons fan in any way, I know you're as excited as I am that the Falcons are headed to Super Bowl LI. It's only the second time in franchise history that the dirty birds have played for the Lombardi trophy, so this is no small sporting event. In fact, if you're throwing a party, you'll need some awesome recipes. And, obviously, the Super Bowl recipes if you're a Falcons fan are going to be a little bit red, a little bit black, and a whole lot of southern.

Let's be honest, these recipes will also work if you're not necessarily a Falcons fan, but just want to eat some good vibes so the New England Patriots lose. According to Heavy, the Patriots have been to eight Super Bowls and won half of them. With Tom Brady as quarterback, he's taken the Patriots to six of those Super Bowls and only lost two of them.

Basically? It's time they lost again to the Atlanta Falcons. USA Today reported that Matt Ryan, the quarterback for the Falcons, is the expected NFL MVP this year, which makes it even more exciting to see Ryan and his team potentially win the first Super Bowl in Falcons franchise history. Why wouldn't you want to celebrate this team? Get your party started right with these Falcons-inspired Super Bowl recipes so you and your friends can officially rise up.