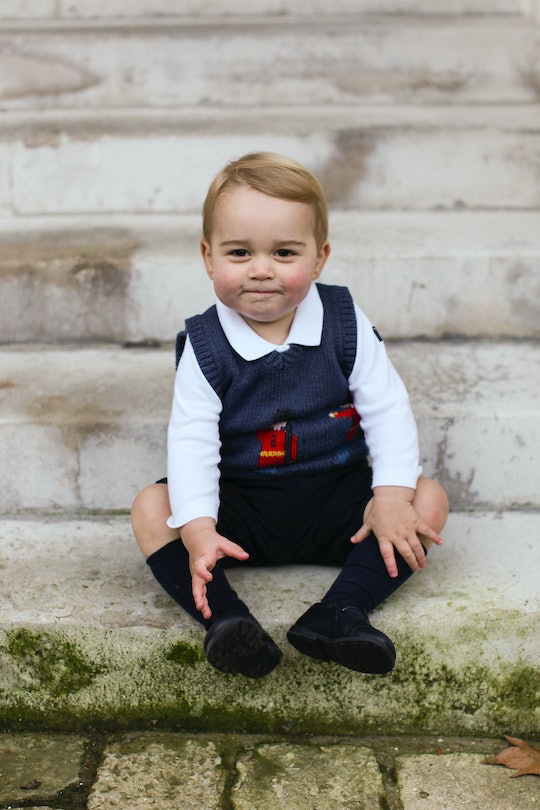 15 Times Prince George Was A Style Icon & Inspiration For All

When I was a kid, I was obsessed with a book of Prince Charles and Princess Diana paper dolls I had, despite not being of the generation to see them wed. So when the Duke and Duchess of Cambridge started their own family, I was hooked to the royals all over again, especially Prince George. It's hard to believe that he will be 3 years old on July 22, because the times Prince George was a style icon are already in the double digits and climbing.

I'm just going to say it — Prince George is the best dressed toddler boy in the world. (Obviously I can't stop with toddler because, hello, have you seen Princess Charlotte?) Like his mother, Prince George has blurred timelines on fashion and routinely looks charming in classic, vintage styles. I mean, honestly, pick up any picture of the royal family, turn it black and white, and no one would be entirely certain what era the family was from.

But Prince George is definitely a style icon in his own family, even if he doesn't choose his own clothes yet. These 15 times he totally rocked knee-high socks, buckled shoes, and starched collars will make you want to reinvent your toddler's wardrobe. (And maybe also pick up a tub of Oxyclean because I'm not sure how crisp and clean those white button downs will last.)

More Like This
Why Prince Harry Feels Lucky To Be A "Father With A Platform"
Mom vs. Trend Shows You How To Recreate Popular Gen Z Beauty Trends
Everything We Know About The Cambridge Family's Sweet New Dog Orla
Prince Harry & Meghan Markle Could Take Us Inside Their Home For A New Docuseries