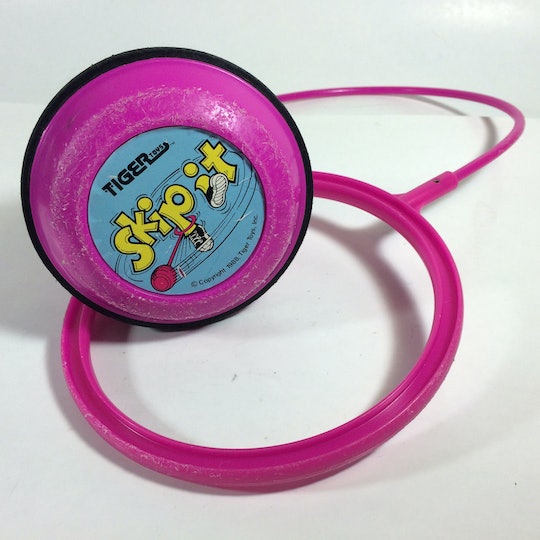 There's a saying that people tend to look back on the past through rose-colored glasses, but that becomes increasingly difficult to do when you have to stop and explain to your kid that "rose-colored glasses" are not a filter on Instagram. Sure, some things are fun to laugh about now, like blowing into your cartridges in a desperate attempt to get your video game to work. But it's somewhat disheartening to think that the toys that entertained you in the '90s would never entertain your kid today.

In a way, this current wave of youngsters and the ones to come are totally missing out. Maybe the generation of kids who grew up in the 1990s are a bit biased, but at least they've got things like the Aggro Crag and purple ketchup to back up that sentiment. Typically, older people are fond of their youthful days because it was "a simpler time," which is an ambiguous statement at best. But for '90s kids, it was that it felt like we were on the cusp of amazing technology that made our toys seem so revolutionary.

So whether the gadgets and toys you played with are simply no longer in production or they're just buried somewhere in your mom's garage, chances are you kid might not even see the same amazing qualities you once did. But for old time's sake, let's take a look at some of the toys from the '90s that kids today would never get.