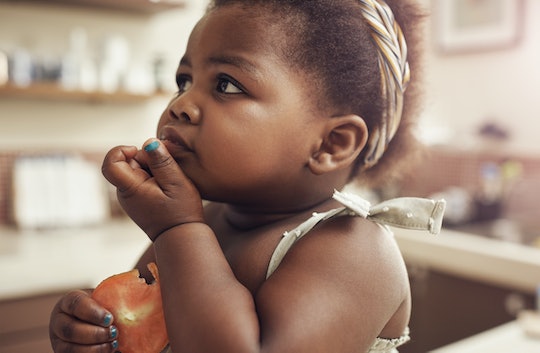 A couple of years ago, I taught a girl in my preschool class who insisted on using her full name whenever possible. What made it even cuter was that she got the order a little mixed up, so for several months, she introduced herself as (name has been changed) "Jessica Young Rachel." But I understood her pride. Having grown up without one myself, I put a lot of thought into choosing the perfect first and middle name pairings when I had children of my own. I ended up giving each of them two middle names. Yeah, I went a little overboard.

It's hard enough selecting a first name, but adding a second to the mix is as precise and delicate as mixing chemical compounds together: You can end up with a perfect blend or an explosive disaster. There are a number of middle-name-choosing pitfalls parents should avoid, such as using two first names you really love (if you have a second child, you might regret not saving your first baby’s middle name for them), or not taking the set of initials into consideration. (Take Ursula Grace Hill and Brian Oliver Ogilvie for instance — they’re nice-sounding names, not-so-great monograms.)

A good first-and-middle-name blend is easy on the ear, has a complementary set of syllables, and matches well in theme and origin. (Of course there’s no harm in simply picking two names that sound nice and not obsess over what they might mean individually and together). There are literally millions of combinations to choose from, but to get you started, here are a few that might just make it to your baby name list. Many are popular names that make good pairs, while a couple have origins that might appeal to you if your family comes from a particular region.

The #16 and #9 most popular boy names of this decade, according to the Social Security Administration, also happen to sound terrific together. Logan is a Celtic name meaning "dweller at a little hollow," while James is the Greek variant of Jacob, Hebrew for "supplanter." Perhaps your little one will grow up to be quite resourceful and have a respectable green thumb — the latter is an underrated, but covetable skill.

This article was originally published on Aug. 22, 2018