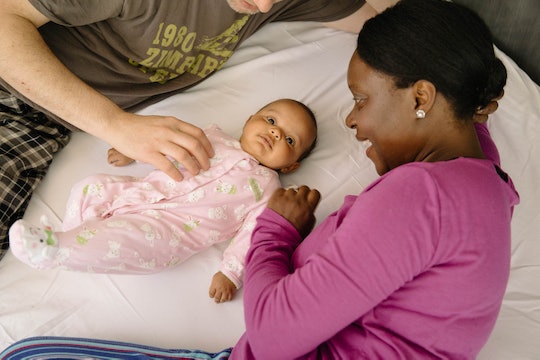 16 Beautiful & Unique Baby Names That Start With The Letter Y

Growing up, I didn't know very many kids whose name began with the letter Y. I knew what felt like dozens of Ashleys, Jessicas, Tiffanys, Joshuas, Coreys, and Brads, but nobody with a name starting with the almost-last letter of the alphabet. It’s probably because I grew up in the suburbs of Georgia, but most of us had pretty generic names. I was the odd one out because of the spelling of my name Abigale, and Abi for short. But finding baby names that start with Y doesn't have to be impossible. In fact, there's actually several.

According to The Bump, most of the names starting with the letter Y are Russian, French, Spanish, and Hebrew in origin. It's also easy to alternate girl names and boy names in a list, regardless of which sex you're hoping to name. Nothing says you have to name your kid a traditionally "gendered" name. If you want to name your daughter Yancy or Yaron, and your son Yasmin or Yara, that's totally up to you. Bottom line is, no matter which name you pick, having a name that starts with Y is pretty neat, and I can guarantee you don't know that many people with a similar name. Whether the Y has some significance or it's just your favorite letter in the 26 line-up, here are some names to get you inspired.