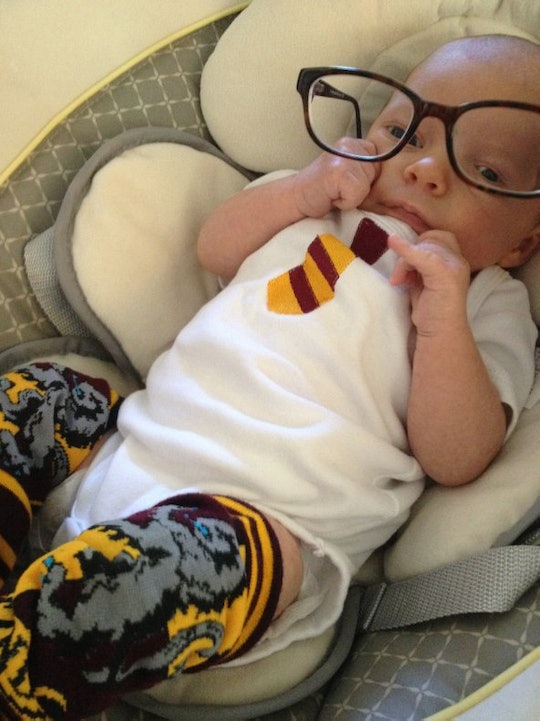 16 Things Only Harry Potter Fans Do When They Have Babies

As my son grows older, I'm getting more and more excited to introduce him to the things that his dad and I enjoy. Of course, we want him to make up his own mind and discover his own passions, but that doesn't mean I can't hope that we'll eventually have some interests in common. And by "some interests", I mean The Most Important Interest Ever, aka, Harry Potter. No pressure, son, but I'm already raising a Harry Potter fan, whether you know it or not.

OK, but seriously, if he doesn't go for it then he doesn't go for it and that's fine. Though the initial sting might feel worse than a dementor's kiss, I know that eventually I'll be just fine with with the fact that my son clearly has no taste, and I'll go on to support his other (lame, boring) interests. But the fact remains that we won't actually know for a few years, so in the meantime I'm able to put HP references aplenty into my parenting, while also dreaming and filling my head with visions of my son and I reading the books and watching the movies together. And, like Dumbledore says, just because something's happening in your head, "why on Earth should that mean it's not real?" Good question, Professor. Here's a bit more about what parenting under the influence of Butterbeer looks like: