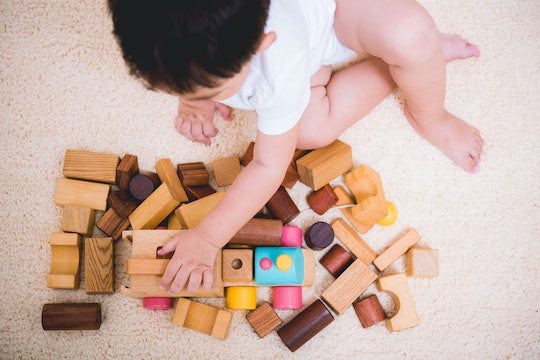 16 Toys All Waldorf Moms Have In Their Home, & You Should, Too

I may get blasted for this, but when I had my children, I really had no clue about what "philosophy" I was going to raise them in. I belonged to the Do the Best You Can, Improvise, and Pray a Lot school of parenting. But if I'd known about the Waldorf method of education and the ways parents implement it at home, I might have filled my apartment with toys that Waldorf moms have in their homes, and bypassed the licensed-character and electronic-learning stuff altogether. Then again, I might not have. These judgment calls are tough to make.

The Waldorf school of thinking comes courtesy of scientist/artist Rudolf Steiner, who developed a model of education in Germany that was picked up in the UK and America in the late '20s. Waldorf schools are based on his concepts of the way children learn in three separate stages of their life: birth to age seven; ages seven to 14; and 14 to 21. For younger children, Steiner championed the idea of learning through play, artistic work, and developmentally appropriate household chores. Reading, math, science, and other academic matters, he believed, should wait until around age seven, when a child is better able to grasp those concepts.

Moms who follow Steiner's principles, whether or not they actually send their kids to Waldorf schools, are pretty easy to spot. They're the ones in the moms' groups whose children wear all-organic-cotton clothes and boast that their kids have never seen an episode of PAW Patrol. For better or worse, Waldorf students are also among the most likely not to have been vaccinated, according to Precision Vaccinations, so be prepared for a lengthy discussion if you dare bring up the topic at the playground.

Which toys would pass muster in a Waldorf home? Think natural, non-commercial, non-electronic, and open-ended. Which is pretty great, when you think about it; even in my own pre-K classroom, my students can't get enough of building with simple blocks and MagnaTiles, and dressing up in play clothes. Scoff if you will at the more woo-woo aspects of the Waldorf philosophy, but imagine your own child being presented with these playthings, and suddenly the whole philosophy sounds pretty brilliant.