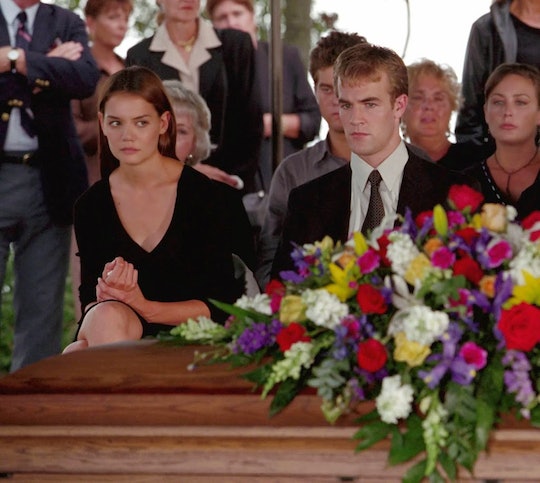 17 '90s TV Shows You Look At Differently As An Adult

In the '90s, television was a must-see event. There was no DVR or streaming, so unless you bribed a friend or parental unit to record your show on a videotape, you were out of luck. But thanks to the Internet, you can re-watch all your shows, like, right now. Of course, in doing so, you may find that there are some '90s TV shows you look at differently as an adult. You might find yourself fondly reminiscing as you Netflix and chill, but you'll also do some soul searching as you ask yourself, "Was I really that naive to buy that storyline? And what does that say about me?"

Don't let the laugh track throw you off. Do get inspired by the '90s fashion that's having a revival. But even more so, get inspired by the women in these '90s shows who've paved the way for roles like Annalise Keating on How To Get Away With Murder and other complex female characters on TV today. In fact, some of these actors and actresses are still entertaining the masses on screen (or Twitter), and it's always fun to see a celebrated Hollywood icon's humble TV beginnings. Oh, and now that you're an adult, you'll finally get all The Simpsons jokes.