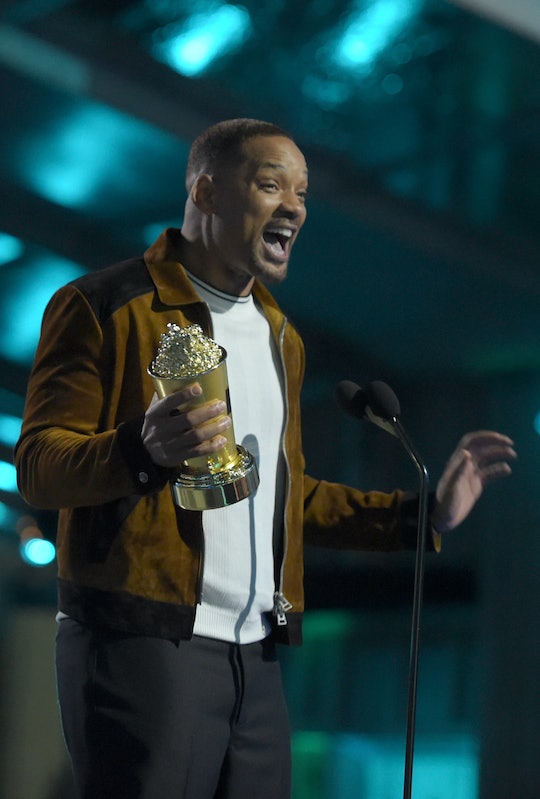 The world is obsessed with celebrities and it's OK to admit it. In fact, if you tell me that you've never looked at your favorite celebrity's Twitter account or flipped through a celeb-centric magazine, I will not believe you. Celebrities are loved for their talent, their generosity, and their larger-than-life personalities, but it's the celebrities who are ageless that really turn up the world's obsession.

I know, obviously these celebrities have aged as far as numbers go, but when you look at them, you can't tell at all. Why is it such a big deal? Because I know that when I see Joey Tribbiani now, I nearly faint. It's been more than 20 years since Matt LeBlanc said his first words as our favorite pizza-eating soap-actor, but he has been immortalized in re-runs forever. To see him now, looking fabulous, but not like Joey, is a serious shock. Obviously I know actors are people, that they aren't their actual characters, and that they age just like the rest of us, but it's seriously weird to see someone you watch every night before bed look utterly different.

Give me all the tabloid gossip about celebrities eating nothing but kale and egg whites, I don't care. But show me one of these 17 obviously ageless celebrities and I'm in absolute awe. Seriously, how do they still look like this? How are they fighting mother nature? Is collagen available on the grocery store shelves in Hollywood? Do you have to create a horcrux in order to be successful in the world of pop culture? I have to know how these 17 ageless celebrities are doing it, and I don't think unicorn blood is the answer.

No, seriously, Will Smith. How the h*ll do you look so young? The picture on the left is from when he won a Grammy for "Gettin' Jiggy Wit It" — the 1997 hit you danced to in middle school. The picture on the right is what he looks like now, 17 years later. Pass me that juice, Big Willy.

OK, Jennifer Lopez is the reason I believe in time travel. I'm pretty sure that 2016 J. Lo is actually 2000 Jenny from the Block and she's just screwing up the whole space-time continuum thing. Somebody get Doc Brown in here, because I ain't even mad at her, I just want to know how she's constantly slaying.

Who run the world? Queen Bey obviously. No need to make lemonade out of aging lemons because she doesn't have a single one. From 2006 to 2016, she is as flawless as ever.

Oh hey, Jamie Foxx. Are you just going to pretend like you haven't aged 11 years since that picture on the left was taken? OK, cool. Just wanted to make sure.

In 15 years, the only thing Gwen Stefani did was get cooler. How is this possible? What is she doing? Is she living off of the souls of No Doubt fans? Do bright colors make her immortal? Is she a hologram from the '90s that society refuses to see for what it really is because everyone's nostalgic?

Let's be honest here. In 14 years, I think Halle Berry actually has gone backward in time. She is getting younger by the minute and I'm ready to call it — Halle Berry is actually Benjamin Button.

Nine years goes by in a flash when you look like Reese Witherspoon. I bet she doesn't just survive on kale and purified air either.

A decade of Damon is right here in front of you and I have to ask — is everyone absolutely 100 percent sure that Damon wasn't cryogenically frozen at some point? I mean, has anybody been with him every single day of the past 10 years? I rest my case.

No, how is this possible? How? I swear, these two pictures of Rob Lowe look like they were taken seconds apart, not ten years.

That picture on the left is Usher winning an award for his album, Confessions. You might remember listening to it when you were a high school freshman like I do. The picture on the right? I'm not sure who that is because there's no way in h*ll that's Usher, 13 years later. Obviously that is some imposter in an incredibly sexy Usher face mask.

Maybe the Olsen twins won't join the cast of Fuller House because they're scared Uncle Jesse will use their souls and smiles and twin power to keep himself preserved forever. Has anyone else considered this? Because John Stamos is looking mighty fresh for ten years between these photos.

First of all, The 40-Year-Old Virgin was released 11 years ago. Let that sink in for a second. Then look at that picture of Paul Rudd on the left, at the premiere of his movie. I don't get it.

Smize it up, Tyra Banks. 12 years between these pictures and not a soul can tell. I just don't even understand how this happens. I mean, I saw that Disney Channel movie. Is she actually a doll brought to life? That has to be it, right?

Was she a vampire slayer to keep the world safe or because there can only be one immortal soul-sucker in the world and she's the queen? There are 14 years between these pictures and I'm going to let that sink in because I guarantee in 14 years, I will look old AF.

Neil Patrick Harris can literally do no wrong — except for aging. He can't age worth a d*mn, obviously. In 10 years, the only difference is that he's even more adorable without the ultra blonde highlights plus a scruffy beard. Ugh, my heart.

These two pictures of Cindy Crawford are 16 years apart. Yes, 16. The picture on the right is an entire brand-new teenager with a license older than the picture on the left. There is dark magic at work here.