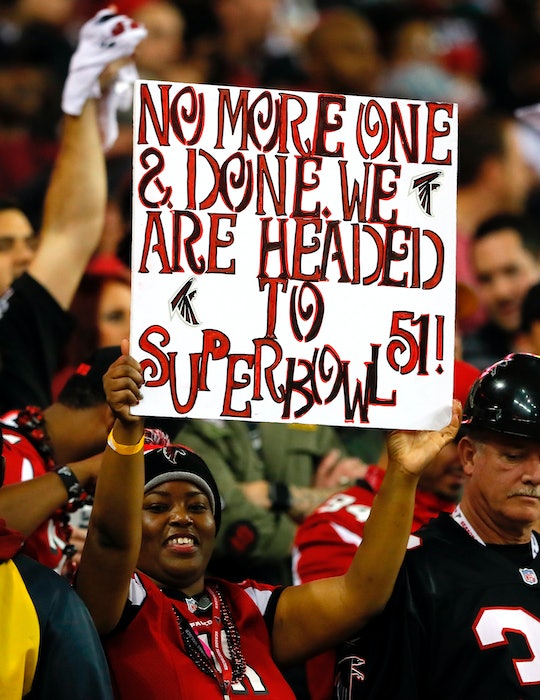 Before I started dating my fiancé Nick, I think I had watched maybe three football games in my whole life. But Nick is the ultimate football fan. And not only that, he's an Atlanta Falcons fan. (I'm pretty sure he bleeds red and black, you guys.) So with the Falcons headed to Super Bowl 51 this weekend, he's not only incredibly stoked, but he, along with every other Falcons fan, is going to need some Atlanta Falcons memes for the next few days.

I know — there are a lot of bandwagon fans hopping on this Falcons train right now. (I'm totally not one after suffering through a terrible season last year, OK.) But I say the more good vibes heading to Houston for the Falcons, the better. Seriously, Atlanta may be the underdog, but they also have Matt Ryan. What more needs to be said? Everyone seems to be in agreement that nobody wants the Patriots to take home another ring, so fill your social media feed with any of these 17 Falcons memes. Not only will they get you pumped up as Atlanta and New England head to Super Bowl 51, but you can also make sure everyone around you is rising up to the occasion, too.